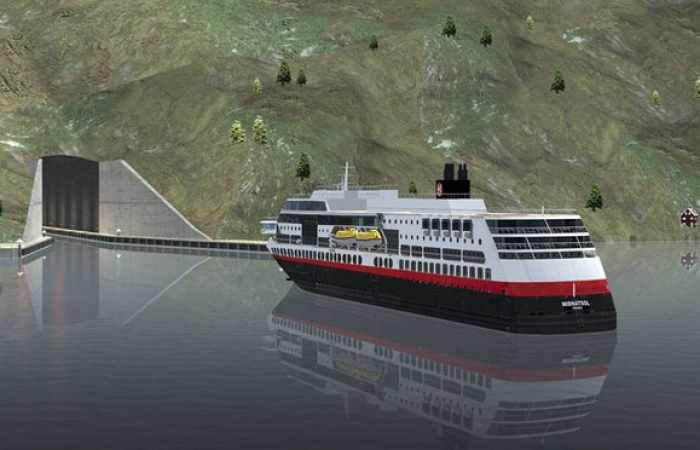 Norway plans to build the world’s first tunnel for ships, a 1,700-metre (5,610-ft) passageway burrowed through a piece of rocky peninsula that will allow vessels to avoid a treacherous part of sea.

The Stad Ship Tunnel, which would be able to accommodate cruise and freight ships weighing up to 16,000 tonnes, is expected to open in 2023.

It will be 37 metres high and 26.5m wide, according to the Norwegian Coastal Administration, and is estimated to cost at least 2.7bn kroner (£250m).

Plans for a ship tunnel in Stad had been floated over the years, but now a project with financing was ready, he said.

“We are pleased that the ship tunnel will now become a reality,” Solvik-Olsen said, adding that travel time between Norwegian cities and towns in the area would be reduced.

The tunnel is expected to be located at the narrowest point of the Stadlandet peninsula, where the weather has for decades been considered an obstacle for shipping.

Terje Andreassen, the project manager, said engineers would have to blast out an estimated 8m tonnes of rock to build the tunnel. Construction is expected to start in 2019.

Under the plan, passenger traffic will be given priority but leisure boats and other vessels will also be able to use the tunnel. It will be free for vessels measuring less than 70 metres .

Vessels sailing through the tunnel will get timeslots from a traffic centre to avoid congestion.