This is how much praise kids really need 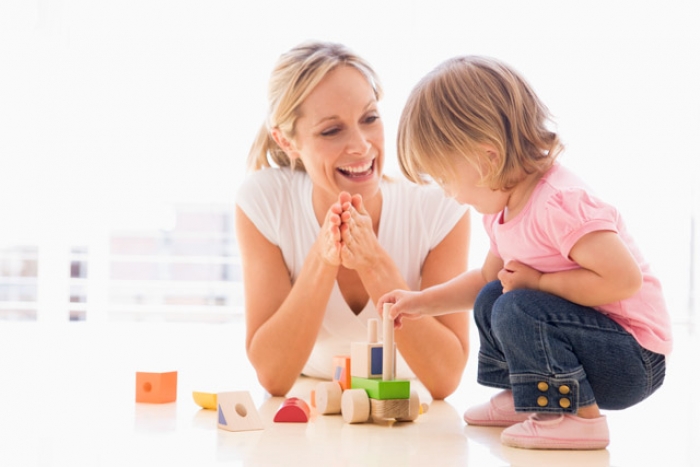 To help children thrive emotionally and socially, aim to praise them for their good behavior five times a day, a new study suggests.
The research, presented at the British Psychological Society’s annual conference, found that parents who did exactly that saw a boost in their kids’ wellbeing and a drop in hyperactivity and inattention.
For the study, which has not yet been published in a peer-reviewed journal, researchers from De Montfort University in England asked 38 parents of 2- to 4-year-olds to complete questionnaires about their children’s behavior and wellbeing. Some of the parents were also given information about how and when to praise their children for good behavior and were asked to keep track of how many times they did so each day.

After four weeks, the parents who said they praised their kids five times a day saw an improvement in their children’s wellbeing, compared to those who weren’t keeping track. Children in the praise group also had better behavior and reduced levels of hyperactivity and inattention, according to the parents’ responses.
Sign up for TIME Health and more. View Sample

Sue Westwood, senior lecturer at De Montfort University, said that praising a child is a “simple, cost effective intervention” that when used on a regular basis can have a significant impact. “Improved behaviour and wellbeing can result simply from ensuring that a child’s positive actions are rewarded with praise and parents are seen to be observing their good behavior,” she said in a press release.

The study is based on De Montfort's Five Praises campaign, designed to encourage parents and caregivers to give frequent positive and loving attention to children, especially very young kids. On the campaign’s website, parents can download a weekly chart—similar to the ones used in the new study—to track their five daily instances of positive reinforcement.

But research has shows that regular appreciation and praise fosters feelings of closeness and love in babies and toddlers, the study authors say, and also encourages them to keep up their good behavior.
Researcher Carole Sutton, co-founder of the Five Praises campaign, says that parents should take the opportunity to "catch" their children being good, and to acknowledge their everyday efforts and achievements: toddlers brushing their teeth, learning to ride a tricycle or caring for pets or siblings, for example. At the same time, she says, parents should also set firm boundaries so that children don’t grow to expect unwavering approval.

Five praises a day may not be a magic number; Sutton chose it as a good goal because it echoed the popular advice to eat five servings of fruit and vegetables a day. “You might use fewer or more,” she says, “but the important point is that the children should hear positive messages frequently and over weeks and months, not just for a day or two.”Sutton also says that not just parents, but grandparents, teachers and anyone who interacts with children of any age should make an effort to praise behaviors they want to encourage in their kids. If they do, she says, "they will almost certainly see a move to more positive patterns of behavior in families, classrooms, in shops—everywhere."