Why sleeping in may be dangerous 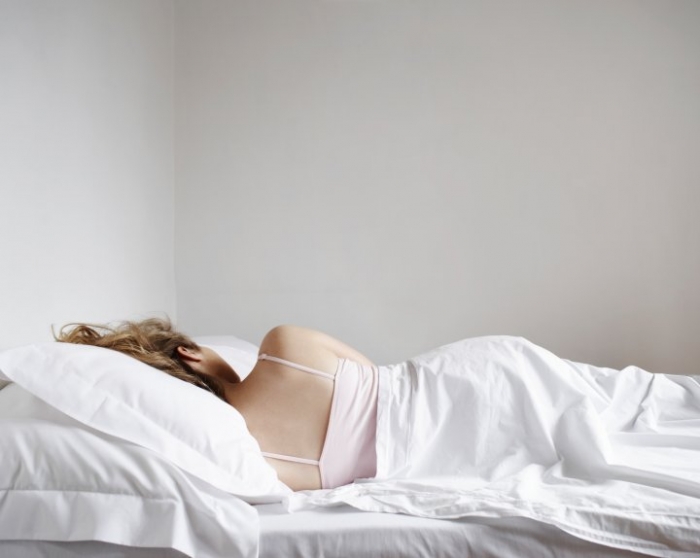 Social jet lag—the term for what happens to your body when you stay up late and sleep in on the weekends—may contribute to poor health, worse mood, and fatigue—even if you still get the "right" amount of sleep every night. A preliminary new study found that every hour sleep was shifted per week was associated with an 11% increased risk of heart disease, AzVision.az reports citing Time.

The new findings were presented recently at the annual meeting of the Associated Professional Sleep Societies, LLC—a joint venture between the American Academy of Sleep Medicine and the Sleep Research Society. The full study has not yet been published in a peer-reviewed medical journal, but the authors say their findings seem to indicate the importance of sleep regularity on overall health.

To study the effect of altered weekend sleep patterns, researchers looked at survey responses from approximately 1,000 adults ages 22 to 60. To determine participants’ average amount of social jet lag, they subtracted weekday from weekend sleep midpoints—if a person reported sleeping from 11 p.m. to 7 a.m. on weeknights (midpoint 3 a.m.) and from 1 a.m. to 9 a.m. on weekends (midpoint 5 a.m.), for example, that’s a two-hour difference.

After adjusting for other factors that could affect results—such as income, education, employment, total sleep duration, and insomnia—the researchers found that every hour of social jet lag was independently associated with a 22% increased likelihood of self-reported good health (as opposed to excellent health) and a 28% increased likelihood of fair or poor health.

Each hour of weekend sleep shifting was also associated with an 11% increased risk of heart disease, as well as higher scores on fatigue, sleepiness, and depression screening questionnaires. Because jet lag (the real kind and the social kind) affects circadian rhythms, the researchers hypothesize that out-of-whack hormone levels could be to blame for these effects.

Because the study was observational, it cannot determine a cause-and-effect relationship between social jet lag and health outcomes. But it does suggest that getting the right amount of sleep on the weekends is not all that matters, says lead author Sierra Forbush, a research assistant at the University of Arizona.

"This suggests that a regular sleep schedule may be an effective, relatively simple, and inexpensive preventative treatment for heart disease as well as many other health problems,” Forbush says. And it’s definitely something to take seriously, she adds, since cardiovascular disease is the number one killer in the United States.

The American Academy of Sleep Medicine recommends that adults should sleep 7 hours or more per night to promote optimal health, and sleep experts often say that keeping a consistent bedtime (yes, even on Fridays and Saturdays) is one of the most important aspects of good sleep hygiene.

“If you stay up late and sleep in once in a while, it’s probably not a big deal,” says Forbush. “But if you’re doing it every single weekend for 15 years, then it probably is.” More research is needed, she adds, to determine how chronic social jet lag over time might affect health, since the study only looked at responses from one point in time.

The take-home message, says Forbush, is that sleep consistency should be a lifestyle goal: “Just like we should be getting 30 minutes of exercise a day,” she says, “we should also be working toward keeping our sleep regular on the weekdays and the weekends."