Government 'should have acted much faster' in wake of Irma 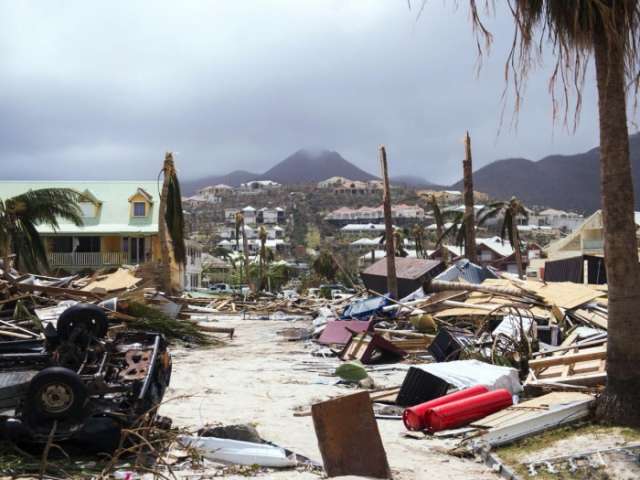 Downing Street has defended its response to Hurricane Irma amid criticism it did not do enough to prepare for the disaster, AzVision.az reports citing the Independent.
A spokeswoman for the Prime Minister called the UK's response "swift", after it was suggested it had lagged behind France and the Netherlands in taking care of its territories.

But Labour leader Jeremy Corbyn said the Government "should have acted much faster" given the "well-known" news about the storm.

British tourists stranded in the affected regions have also hit out at the "disgusting" way they have been treated by tour operators.

Downing Street's comments came as Theresa May held another meeting of the Government's emergency Cobra committee on Friday to co-ordinate relief efforts for victims.

The spokeswoman told a Westminster briefing: "We believe our response was swift. We had a ship pre-positioned. We are getting lifesaving aid now to those who need it."

She said the Government was waiting for "a full picture of intelligence to come through", adding: "Three flights departed this morning carrying marines and engineers as part of the MoD task force.

"Tomorrow, another C17 will leave carrying two Puma helicopters. And the RFA Mounts Bay ship is due to arrive in the British Virgin Islands ... bringing aid and helicopters to help deliver supplies."

Downing Street said that the Department for International Development's disaster response centre was sending out supplies of aid to be loaded on to HMS Ocean, which has been diverted from the Mediterranean to head for the Caribbean.

Labour MP Virendra Sharma said Hurricane Irma was not adequately prepared for, despite indications that it would wreak devastation.

Mr Sharma, who sits on the International Development Committee, welcomed the decision to send further resources, but said: "If we had that planned well in advance, then when it actually happened we could have immediately taken steps, like France."

The chairs of the Commons Foreign Affairs and International Development committees, Tom Tugendhat and Stephen Twigg, said Britain's response has been “found wanting”.

In a letter to Foreign Secretary Boris Johnson and International Development Secretary Priti Patel, they wrote: “While we welcome the increase in funding for disaster relief in the British Overseas Territories to £32 million and the fact that personnel, equipment and the RFA Mounts Bay were dispatched to the area before the hurricane struck, arriving in Anguilla the day after its devastation, we are concerned that many in the UK's overseas territories in the Caribbean are still in grave need.

“In Anguilla, Montserrat and the British Virgin Islands (BVI) and Turks and Caicos, our response still requires improvement and the arrival of HMS Ocean in two weeks' time will be later than any of us would wish.

“We do recognise that information and analysis is required to tailor a proportion of the relief sent to meet conditions on the ground but there are also predictable needs and demands in such circumstances.”

They said they expect the Government to take a role in the long-term reconstruction of communities devastated by the storm and urged the ministers to set out what they are doing to prepare for the arrival of Hurricane Jose, which could affect already-hit areas

But Ms Patel said Britain has a naval and military presence in the area, adding: "I do think it's not right to basically say that we've been caught out."

She told Adam Boulton on Sky News: "We've had the vessel out there, Adam, and that vessel has been equipped with the right people and the right skills and the right equipment and the reality is of course, it's been a difficult environment to get into because of the scale of the hurricane and the extent to which the devastation has hit the countries as well.

"We are helping on the ground now and in terms of preparedness, we have the right people on the ground, in country and actually I think this is about making sure that we channel our resources."

Tourists stranded in affected regions have also complained about a lack of information and assistance from holiday companies.

Paul Phipps, from Essex, who is on his honeymoon in the Bahamas, said he felt "let down" after being unable to get an earlier flight home to avoid the hurricane.

The 39-year-old, who is due to fly back on Monday, said: "We are still here after being let down by Sandals UK and British Airways. Both kept advising only the other could assist with earlier flights home.

"There were seats available on a BA flight last night when searching the internet but I was advised by Sandals that BA wouldn't assist as our flight on Monday night hasn't been cancelled.

"It's disgusting how Brits in the Bahamas have been treated."

In a tweet to Thomas Cook, Gaz Pritchard said: "The Canadians are being evacuated from our hotel in Cuba. British guests are left stranded with no information. Disgusting."

Thomas Cook said it is often safer for customers to stay in their hotels during extreme weather, as they "are built to withstand hurricane-strength winds and rain".