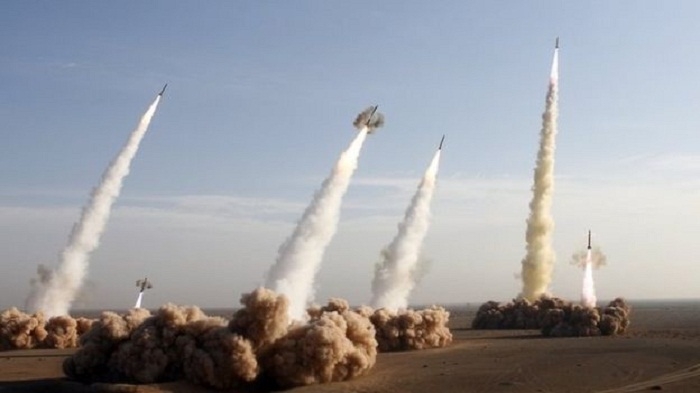 President Donald Trump is expected this week to “decertify” the Joint Comprehensive Plan of Action (JCPOA), better known simply as the Iran deal, declaring that the agreement reached in 2015 by the U.S. and five other international powers is not in America’s national interest. The matter will then be tossed back to Congress, which will have 60 days to decide whether to reimpose hefty pre-2015 sanctions, AzVision.az reports citing FOX news.
While the President’s likely move has generated wide condemnation from foreign policy leaders — who reiterate that the United Nations nuclear watchdog agency, the International Atomic Energy Agency (IAEA), has maintained Iran is in compliance — a new 52-page investigative report by the National Council of Resistance of Iran (NCRI), entitled: “Iran’s Nuclear Core: Uninspected Military Sites,” obtained exclusively by Fox News and slated for release Wednesday, asserts that the country’s nuclear weapons program has far from halted.

“It has been known for years that Iran has two nuclear programs — one is civilian and the other, the military, has the goal of giving Iran its first nuclear bomb,” Alireza Jafarzadeh, deputy director of the Washington office of the NCRI, also referred to as the Iranian Resistance, and considered the primary opposition coalition to the clerical administration of Iran, told Fox News. “The civilian sector of the nuclear program has systematically provided a plausible logistical cover for the military sector, and acts as a conduit for it. The military aspect of the program has been and remains at the heart of Iran’s nuclear activities.”


The Iranian Resistance has been monitoring the Islamic Revolutionary Guard Corps-controlled entity tasked with building the nuclear bomb, the Organization of Defensive Innovation and Research (Sazman-e Pazhouheshhaye Novin-e Defa’i), known by its Persian acronym SPND, for nearly two decades. SPND is comprised of 7 subdivisions, each of which carries out a certain portion of nuclear weapons research.

The unit responsible for conducting research and building a trigger for a nuclear weapon is called the Center for Research and Expansion of Technologies for Explosion and Impact (Markaz-e Tahghighat va Tose’e Fanavari-e Enfejar va Zarbeh), known by its acronym METFAZ.

Since April 2017, when the NCRI found out about a new military location being used by SPND, the coalition has focused its attention on all the potential SPND sites that we suspected were tasked with building the bomb. The NCRI’s investigation inside Iran was conducted by the network associated with the Mujahedin-e Khalq (MEK), which was responsible for blowing the cover off the program, particularly since 2002.

“The more we investigated, the more we realized that the weaponization program is fully operational,” Jafarzadeh said. “The military sector has gone through changes in name, location and reorganizations over the years. However, it has never halted its work and key figures in the sector have remained unchanged.”

One of the key issues of the verification process, the report states, has been access to Iran’s military sites. The regime’s highest officials — from Ali-Akbar Velayti, a foreign policy advisor to Ali Khamenei, the current Supreme Leader of Iran, to Gholam-Hossein Sa’edi, brigadier general of Iran’s elite IRGC, have stated publicly over the past month that they will continue to refuse to allow IAEA inspections of their military sites.

“An important feature of the Iranian regime’s nuclear program is that several sites and centers where nuclear-related activities are conducted are situated in sprawling military complexes that also house scores of tunnels and silos. This not only makes IAEA access to these locations more difficult, but also makes it possible to relocate these centers and projects to other locations within the complex,” Jafarzadeh explained. “As such, if it becomes necessary to relocate a project or center, it can easily be moved to a different silo or tunnel within the parameters of the military site. This makes pinpointing the exact location of nuclear research and activities more challenging, and reduces the chance of exposure.”

As detailed in the report, the Iranian Resistance has identified four major sites that “with high degrees of certainty” have been involved in various aspects of the allegedly ongoing nuclear weapons project. 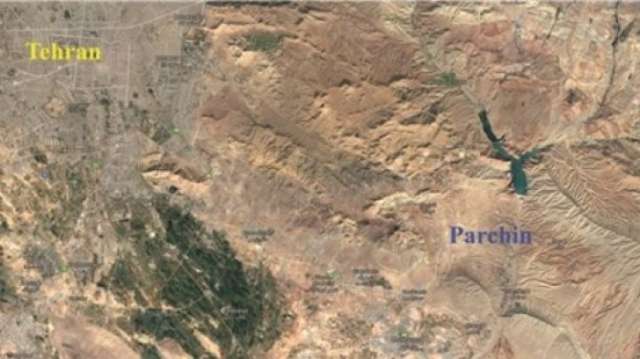 The first one pinpointed is Pazhouheshkadeh, located at the Parchin military complex 30 miles southeast Tehran, which the report claims has in recent times become the main center for METFAZ’s tests. Parchin, where the country’s military Research Academy is situated, is a sprawling military district run by the Defense Ministry with 12 military and missile complexes. The Defense Ministry refers to each of these units as a “plan,” and the METFAZ center is said to be placed at Plan 6 — officially part of the chemical industries of Parchin complex — a fully IRGC-protected and -fenced in 500-acre parcel. 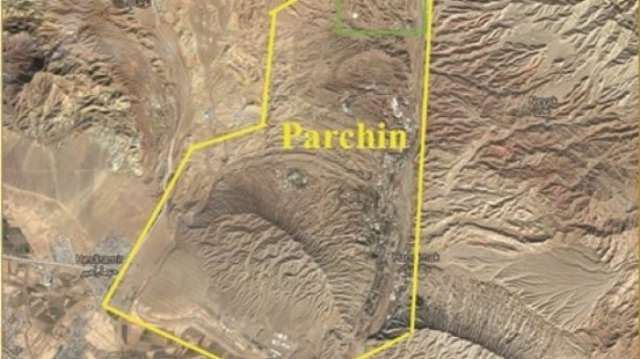 “To conceal the true nature of its work, the Research Academy conducts its research and activities under the cover of conventional research. However, the Research Academy itself is completely independent and closed off,” the report mandates, adding that since the end of 2015 the IAEA is able to have “very limited access with all sorts of restrictions” to that area inside Parchin. 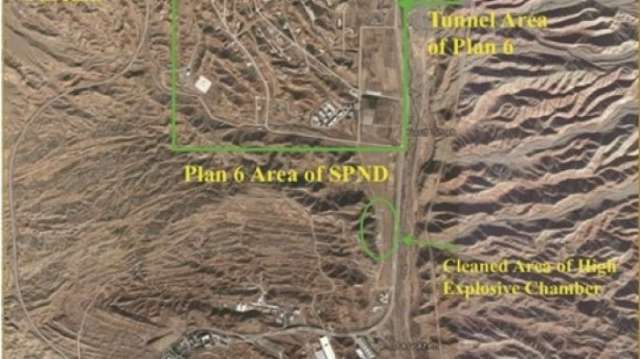 The report then distinguishes the Nouri Industrial site, situated at the completely secure Khojir military complex southeast of Tehran and spanning 75 square miles. 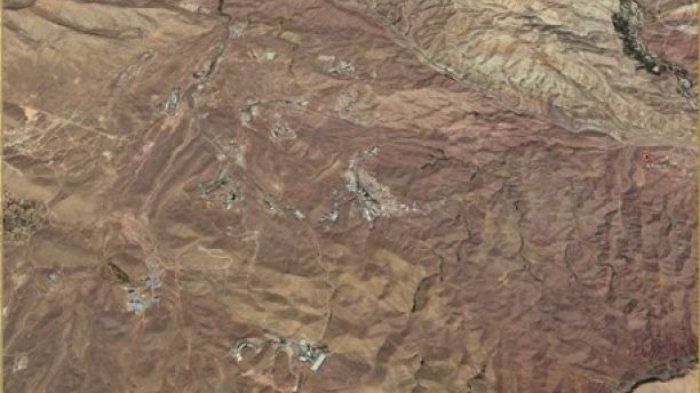 “The project to actively pursue production of nuclear warheads is conducted in Khojir by the Hemmat Missile Industries Group,” the report notes. “Due to the extreme sensitivity of manufacturing nuclear warheads, Nouri Industry has its own security and military police; individuals who have clearance to other parts of Khojir site are not allowed to go to this section.” 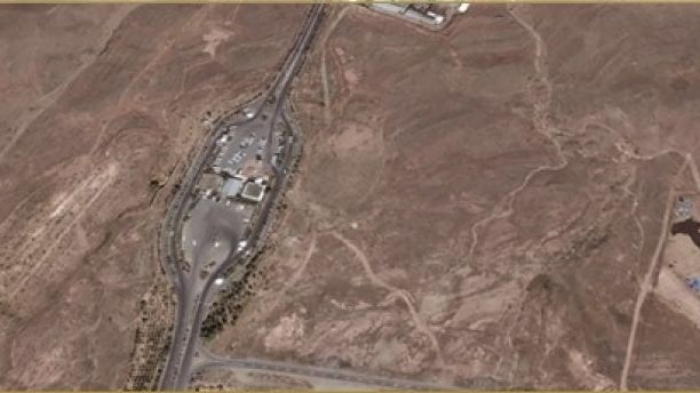 Intelligence findings also reveal that “scores of large underground tunnels have been constructed in this military complex,” this providing “the possibility and flexibility of covering up the activities of the warhead project, or transferring it to a different location in the complex.” Furthermore, the Iranian Resistance states that North Korean experts cooperate with the regime’s experts in the project, and have been “particularly helpful in designing the aerodynamics aspects, the shape of the warhead, and have also provided the design for the Hemmat site, its tunnels, and underground centers.”

Third, the report claims that the Hafte Tir site — which belongs to the Defense Ministry and is positioned in the military zone near the city of Isfahan, in a mountainous region adjacent to the Isfahan-Shiraz highway six miles from the town of Mobarakeh — is constructed with underground tunnels under the supervision of SPND under the supervision of IRGC Brigadier General Mohsen Fakhrizadeh-Mahabadi.

“In addition to all its security advantages and its location far removed from public sight, it is part of a sprawling military complex which provides the possibility of relocating within the complex and covering up the transfer,” the report states. “The research site related to nuclear activities is located inside of a tunnel, which is about 0.4 miles and contains four galleries. Since Hafte Tir military industries in Isfahan constitutes a major part of the regime’s ammunition production, the cover of a conventional military site protects the work and keeps it secret.”

Workshops at the Hafte Tir reportedly were used in the past to produce centrifuge components, such as rotor cylinders, and it is believed that in addition to activities in the tunnels, the site “still has a capability to produce those components clandestinely.” 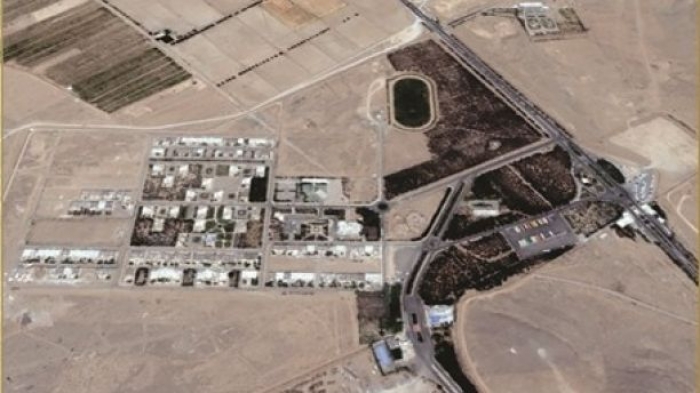 The last site to be identified is the Sanjarian site, east of Tehran on the banks of the Jajrood River around 10 kilometers south of the end of the Babaei Highway, which until recently was deemed the central testing site of METFAZ and a SPND subdivision. 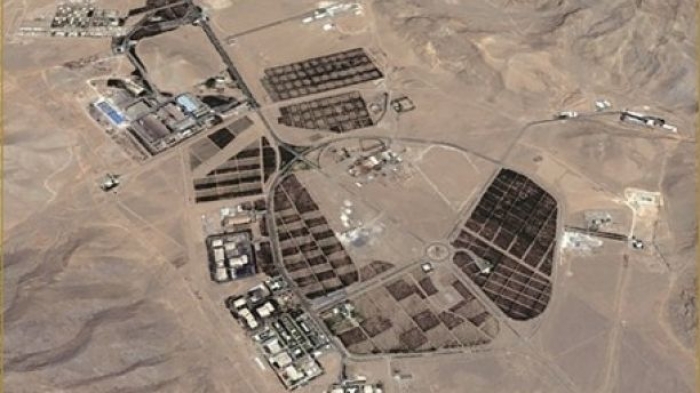 Hafte Tir Military Industrial Complex under the supervision of SPND

A major portion of the tests and experiments that used to be conducted at Sanjarian, have recently been transferred to Pazhouheshkadeh in Parchin, the findings indicate. While Sanjarian is still functional, it has seemingly become semi-active of late. 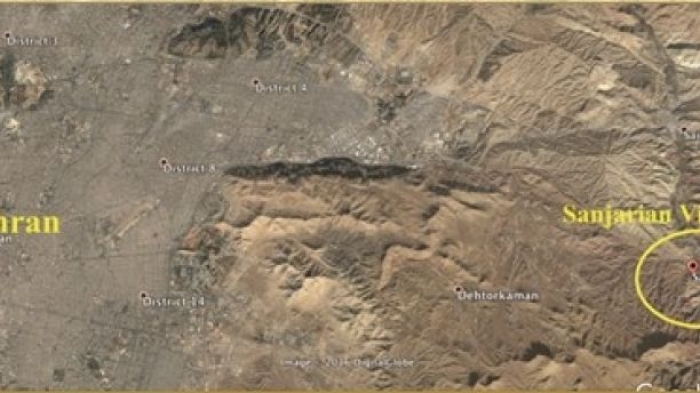 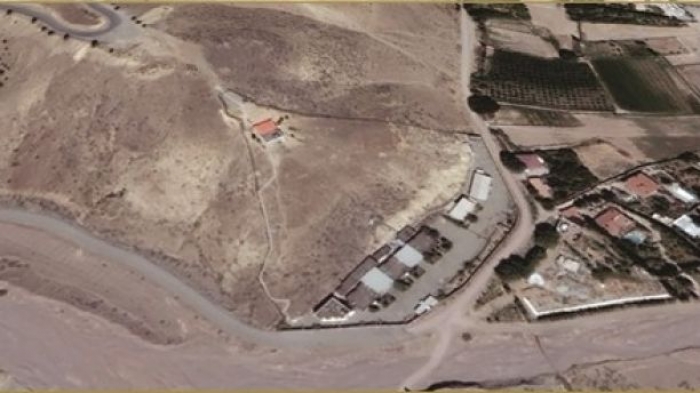 “Iran’s Nuclear Core: Uninspected Military Sites” concludes that specific intelligence relating to the aforementioned facilities and a further two headquarters “confirms that a significant portion of the various aspects of Iran’s nuclear project have been conceived and developed” even despite the landmark 2015 agreement. 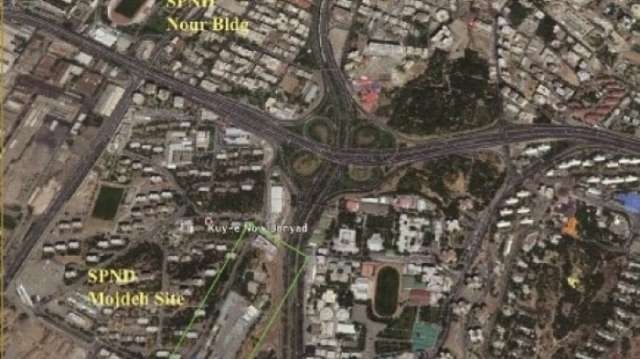 “What is even more troubling is that none of the key nuclear sites situated in military centers have been inspected by the IAEA, certainly not since the JCPOA,” Jafarzadeh added. “Congress should step up pressure by introducing new sanctions to target the IRGC, as well as the apparatus of domestic repression. Because Tehran is vulnerable domestically, such pressure would effectively empower the people of Iran and the organized opposition, who demand fundamental change and seek a secular, democratic, nonnuclear republic in Iran.”

Nonetheless, the Iranian regime has threatened ”crushing” retaliation if Trump does indeed decertify its compliance, a move likely to come before the October 15 deadline.