Parliament of Peru adopts resolution on genocide in Khojaly 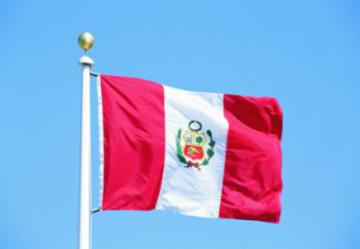 The Parliament of Peru has passed a resolution over Khojaly genocide.
According to the Foreign Ministry of Azerbaijan, by the information from the Azerbaijani embassy to Mexico, the document says that the Congress of the Republic of Peru, while expressing respect to the sovereignty of the Armenian and Azerbaijani peoples, call on the parties to end the conflict in the mutually appropriate format and as soon as possible.

“On the example of the Khojaly massacre, bearing in mind that the justice has not won yet, we claim that the actions aimed at restoration of ties between the peoples and international harmony must become the main elements of the peace agreement”, the document says.

The resolution says that at the end of 1987 the Armenian-Azerbaijani conflict entered a new stage, while the attacks against the Azerbaijani population of Khankandi grew even crueler. This and the lack of political stability in the USSR further led to deportation of hundreds of thousands of Azerbaijanis.

“Terrible atrocities against Azerbaijani residents were committed in Khojaly on 25 February 1992. It claimed 613 lives, 1275 were taken captives, 150 went missing. 487 (including 76 children) became disabled, 26 children lost both parents and 130 one of the parents.

This tragedy, assessed as genocide, was followed by the occupation of Nagorno Karabakh and seven adjacent regions”, the resolution says.

The document also notes that Armenia still ignores the four resolutions of the UN Security Council that demand the immediate withdrawal of Armenian troops from Azerbaijani territories.