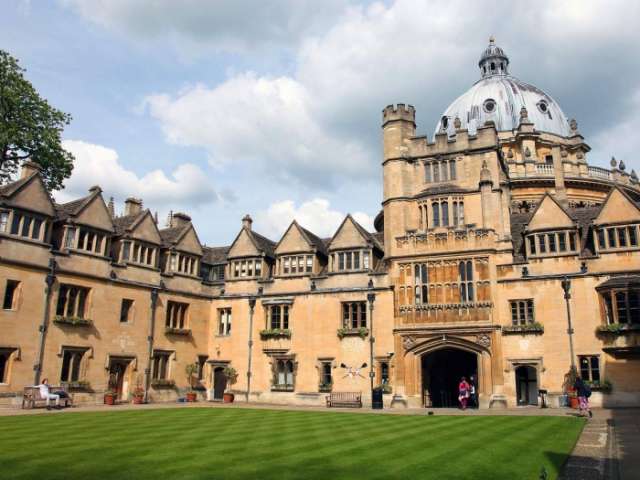 A graduate is taking Oxford University to court because he failed to achieve a 2:1 degree, AzVision.az reports citing the Independent.

Launching a High Court bid for £1 million in damages Faiz Siddiqui claimed he underachieved because of “inadequate” teaching at the prestigious institution.

He said he would have become a top corporate lawyer had he done better in his exams.

Mr Siddiqui, who studied at Brasenose College, claimed he received sub-standard teaching on the Indian special subject part of his modern history course and therefore missed out on a First or high 2:1 in his finals in June 2000.

He blamed the fact that some of his lecturers were on sabbatical leave and says a tutor also failed to submit medical information to examiners on his behalf.

Mr Siddiqui said his clinical depression and insomnia have been worsened by his “inexplicable failure”.

The court heard that, as a student, Mr Siddiqui was a “driven young man” planning to complete further studies at an Ivy League university in the US and pursue a career in law.

His lawyer, Roger Mallalieu, said: “Whilst a 2:1 degree from Oxford might rightly seem like a tremendous achievement to most, it fell significantly short of Mr Siddiqui’s expectations and was, to him, a huge disappointment.

“Mr Siddiqui has been badly let down by Oxford. He went there with high – perhaps extraordinarily high – expectations.”

Mr Mallalieu said his client was the “victim of poor teaching” and was “uniquely disadvantaged” because his personal tutor had not passed on details about his illnesses to those responsible for deciding whether allowances should be made for students during exams.

Mr Siddiqui’s career in legal and tax roles since then was “frankly poor” and he is now unemployed, Mr Mallalieu said.

Oxford University denies negligence and says the case was brought “massively” outside the legal time limit.

A spokesperson said: “The University of Oxford is robustly defending the claim brought by Mr Siddiqui. It is not appropriate for the institution to make any further comment while there is ongoing litigation.”

The case is expected to last for seven days.