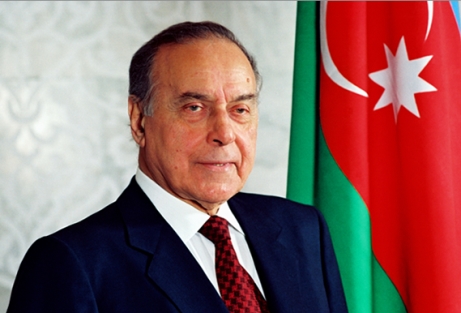 Azerbaijan gained independence on October 18, 1991. The initial years of the independence were characterized by a crisis within the country and in the government.

Chaos was observed in all spheres of social life. The situation was hard in the armed forces. Armenian occupation of Azerbaijani territory was increasing day by day. Azerbaijan remained without a leader. There was a harsh struggle between separate individuals and groups for power in the newly established state. Popular Front occupied the state power on May 14, 1992, but showed inability to lead the state due to its ill-determined ruling. Thus, in 1993 Azerbaijan faced a threat of the civil war.

However, Heydar Aliyev prevented civil war in Azerbaijan in a short period of time. Also, the starvation threat was eliminated in the country, and the Armenian aggression ceased. This enabled to start building modern Azerbaijani statehood and new Azerbaijani economy, lay basis of an Azerbaijani economic model, which was exemplary among countries making a transition to market economy.

The people welcomed the return of Heydar Aliyev with hope and joy, and he was elected chairman of the Supreme Soviet of the Republic of Azerbaijan on June 15, 1993. This day went down in history of the independent Azerbaijan as the Day of National Salvation. Azerbaijan was saved only by greatness, braveness and devotion at a time when the state was in the center of a catastrophy and on the brink of collapse. Heydar Aliyev didn`t think about himself, as any other leader would do, and his devotion saved Azerbaijan.

Elected as President of Azerbaijan in October 1993, Heydar Aliyev succeeded in introducing Azerbaijan to the world in a short time.

Heydar Aliyev chose the path of establishment of a legal and democratic state in Azerbaijan. In 1995 the Constitution of the Republic of Azerbaijan was adopted. New progressive laws were passed, which brought about drastic change in the judiciary system of the country as a result of reforms.

Constructive activities in the Armed Forces of Azerbaijan, structural changes, planning of combat operations under a single leadership, management of the military units according to the requirements of military science had brought new quality to the Azerbaijani army.

After the establishment of socio-political stability as a result of the consistent and appropriate policy, the decline in production and economic downturn were gradually overcome and a new stage in the economic development of Azerbaijan began. The achieved macroeconomic stability, growth in industry and other sectors, and the initial results of economic reforms reflected the steps of Azerbaijan on the path of market economy.

The economic reforms carried out on Heydar Aliyev`s initiative were based on the principles of market economy. Both political and economic reforms have preconditioned the present-day rampant development of Azerbaijan.

Radical changes also took place in the foreign policy of Azerbaijan. At first Azerbaijan determined its place in the system of international relations, its short-term priorities, directions and major strategic contacts with European countries, the United States, newly independent states, Turkic states, the Muslim world, Iran, Asia, Africa and South America. One of the most important achievements of the foreign policy conducted by Heydar Aliyev was the accession of Azerbaijan to the Council of Europe in 2001 and its integration into the European family.

Time has proven that Heydar Aliyev`s policy was the only proper policy which, in essence, extricated Azerbaijan from a series of chaotic events and put an end to a period of half-disintegration.

The celebration of June 15 as National Salvation Day is a sign of endless confidence of Azerbaijani nation in its great son.

With the insistence of the people, in June 1997 Azerbaijani Parliament declared June 15 a national holiday.