Guatemala to move embassy to Jerusalem 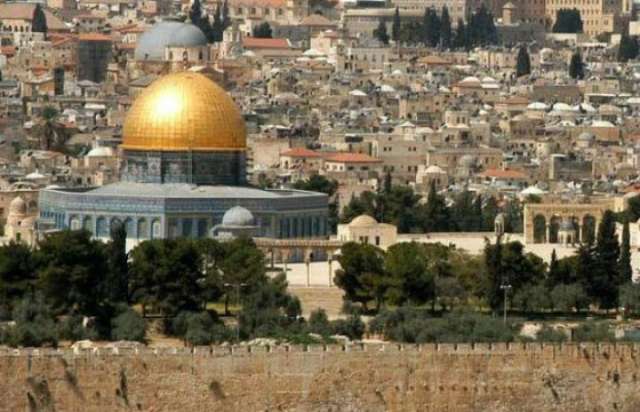 Guatemalan President Jimmy Morales has ordered to move the country's embassy in Israel to Jerusalem.

In a Facebook post, Mr Morales said the decision was taken after he had spoken with Israel's PM Benjamin Netanyahu.
Last week, Guatemala was one of only nine nations to vote against a UN resolution urging America to reverse its recognition of Jerusalem as the capital of Israel.

Donald Trump threatened to cut aid to nations that voted against the US.

The US is an important aid donor to Guatemala, an impoverished Central American country.

On Sunday, Mr Morales said he had instructed the Guatemalan authorities to start "the necessary respective co-ordination" before moving the country's embassy from Tel Aviv to Jerusalem.

He also said Guatemala had been a long-standing ally of Israel.

The status of Jerusalem goes to the heart of the Israeli-Palestinian conflict.

Israel occupied the east of the city, previously occupied by Jordan, in the 1967 Middle East war and regards the entire city as its indivisible capital.

The Palestinians claim East Jerusalem as the capital of a future state and its final status is meant to be discussed in the latter stages of peace talks.

Israeli sovereignty over Jerusalem has never been recognised internationally, and all countries currently maintain their embassies in Tel Aviv. However, President Trump has told the US state department to start work on moving the US embassy.