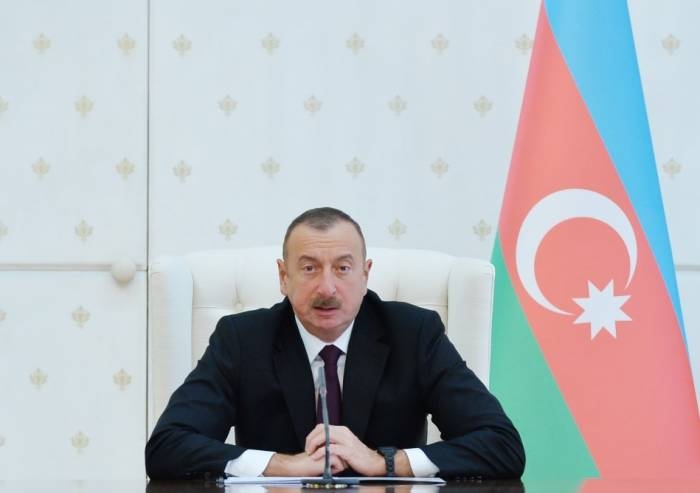 The implementation of infrastructure projects was in the spotlight of the Azerbaijani state in 2017, said President of Azerbaijan Ilham Aliyev.

The president made the remarks on Wednesday at a meeting of the Cabinet of Ministers dedicated to the results of socioeconomic development of 2017 and objectives for the future.

The head of state noted that over the past year the electricity supply was improved in Azerbaijan and the work to gasify the country’s districts was accelerated.

President Aliyev went on to say that last year important measures were taken to develop the agricultural sphere.

“In addition, 1,300 km of highways were built in Azerbaijan last year. New roads were built in more than 500 villages. Drinking water projects were successfully implemented. Last year 133 new schools and 30 medical facilities were built or repaired, and two more Olympic complexes were commissioned,” he said.

The head of state also said that last year the issue of IDPs was also resolved. “2,300 IDP families were provided with new apartments,” he added.

President Aliyev was also touched upon the restoration of the liberated Jojug Marjanli village.

“The restoration of the village of Jojug Marjanli is a historic event. The ongoing construction work in Shikharkh settlement is of great importance,” he added.