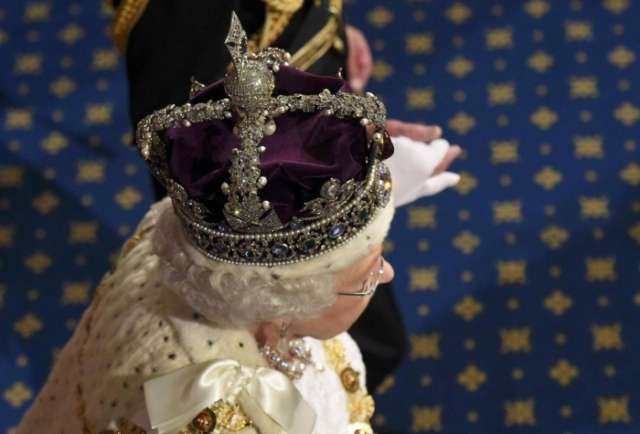 Precious stones from Britain's crown jewels were hidden in a biscuit tin and buried at Windsor Castle during World War II, a BBC documentary to be shown on Sunday reveals.

Gems, including the Black Prince's Ruby from the Imperial State Crown, were buried under a secret exit from the medieval castle used in times of emergency.

The operation, intended to ensure the priceless gems did not fall into Nazi hands, was ordered by Queen Elizabeth II's father, king George VI.

It was such a closely-guarded secret that Queen Elizabeth, 91, who spent the 1939-1945 war at Windsor Castle for safety, did not know the details.

"What was so lovely was that the Queen had no knowledge of it. Telling her seemed strangely odd," said royal commentator Alastair Bruce, who presents the documentary.

The details were unearthed by Oliver Urquhart Irvine, the assistant keeper of the Royal Archives. 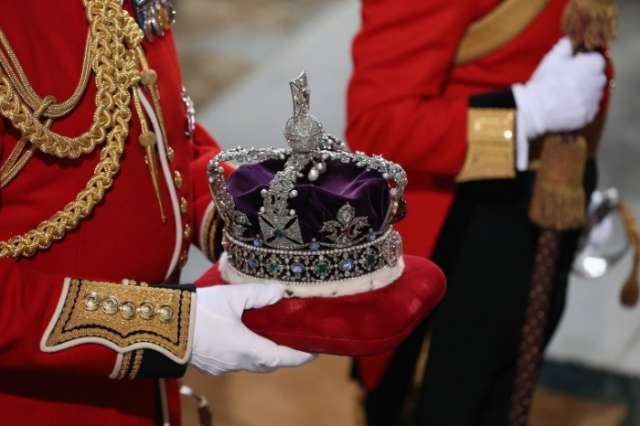 Bruce told The Times newspaper that an "electric set of letters" from Owen Morshead, the royal librarian, to Queen Mary, King George VI's mother, shed light on the mystery.

Morshead's documents describe how a hole was dug in chalk earth and two chambers with steel doors were created.

The trap door, used to access the secret area where the tin box was kept, is still there.

Bruce discusses the crown jewels with Queen Elizabeth in an exceptionally rare conversation recorded for television. The monarch has never given an interview.

She described the Imperial State Crown, worn for the state opening of parliament and weighing 1.28 kilogrammes, as "very unwieldy".

"Fortunately, my father and I have about the same sort of shaped head. But once you put it on, it stays. I mean, it just remains itself."

The sovereign said she had to keep her head still.

"And you can't look down to read the speech -- you have to take the speech up. Because if you did, your neck would break, or it would fall off.

"So there are some disadvantages to crowns, but otherwise they're quite important things."

The crown, made for King George's coronation in 1937, is set with 2,868 diamonds including 17 sapphires, 11 emeralds and hundreds of pearls, including four known as Queen Elizabeth I's earrings.

It also features the Black Prince's Ruby, believed to have been worn by King Henry V in his helmet at the Battle of Agincourt in 1415.

"The idea that his plume was put into the stone... on his helmet. Bit rash, but that was the sort of thing they did, I suppose, in those days."