Why hangovers get worse with age 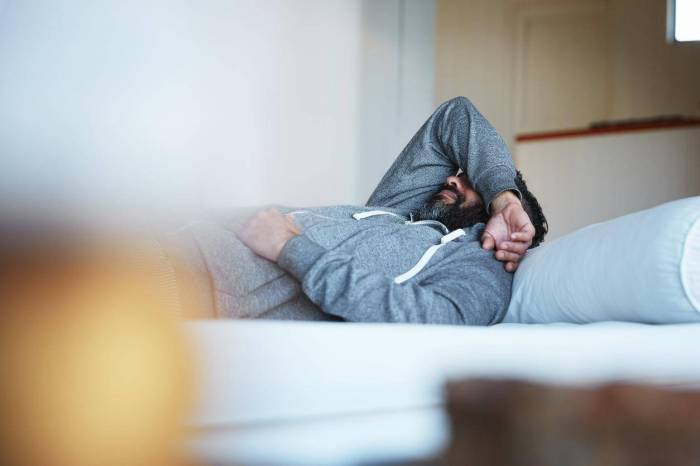 It’s no secret that hangovers get worse as you age.

Whilst your 20-year-old self might have bounced out of bed the morning after a night spent doing shots till 4am, 30-year-old you wakes up with a pounding head and nauseous stomach after three glasses of wine in the pub and bed before midnight.

The trouble is, although there’s lot of evidence that hangovers really do worsen with age, there is very little concrete science as to why this is.

Possible explanations are that you tend to get absolutely hammered less as you get older, meaning that when you do, you suffer more as your body isn’t used to it; your body composition usually changes, and when you have a higher body fat percentage it’s harder to process alcohol; and that we have fewer efficient liver enzymes the older we get.

It’s likely that it’s a combination of factors, but here are some of the main ones that are at play.

Why your hangover gets worse as you age

The fact of the matter is that many people gain fat and lose muscle mass as they get older. While muscle tissue is 75 per cent water, fat is only around 10 per cent. And as alcohol is absorbed more quickly by water-rich – ie muscular – bodies, the more fat you have, the longer the alcohol will remain concentrated in your system.

What’s more, having a lower body water content means you’re at higher risk of dehydration when drinking too.

You have fewer liver enzymes

It’s the responsibility of your liver enzymes to metabolise alcohol and help clear it out of your system. However, according to George Koob, director of the National Institute on Alcohol Abuse and Alcoholism, we have fewer of them the older we get and the ones we do have work less efficiently.

As you head towards 30, your body struggles to cope with strain, illness and infections as easily as it once did. This means that after a heavy night too, you won’t recover as easily as you once did.

You get smashed less often

It’s no secret that alcohol consumption habits change as you get older – while younger adults are more prone to occasional big nights of heavy drinking, as you mature, people tend to drink in smaller quantities but throughout the week.

The trouble is, when you then have an occasional blow-out and drink more than you would usually, your liver isn’t used to it and struggles to cope with the sudden assault on your body.