Azerbaijan to address UN for monitoring in occupied lands 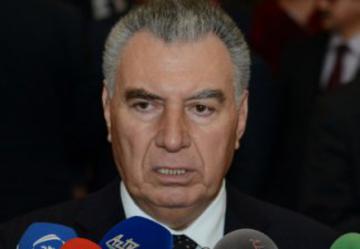 The statement came from Deputy Prime Minister of Azerbaijan, the head of the State Committee for Refugees and IDPs Ali Hasanov.

According to him, the occupied territories of Azerbaijan are used for planting and transit of drugs, training and formation of various terrorist groups and mercenaries and their subsequent redeployment in the conflict zone.

"The international community is indifferent to such facts, which may subsequently become a big problem for it.

In the near future we will appeal directly to the United Nations over the illicit cultivation and transportation of narcotic drugs in the occupied territories of Azerbaijan. We hope that the UN would react attentively to this problem”, Hasanov said.

The Deputy Prime Minister stressed that the appeal will stress the need for the United Nations monitoring of the occupied territories in order to fix such illegal acts of the Armenian side in the documents of the organization.