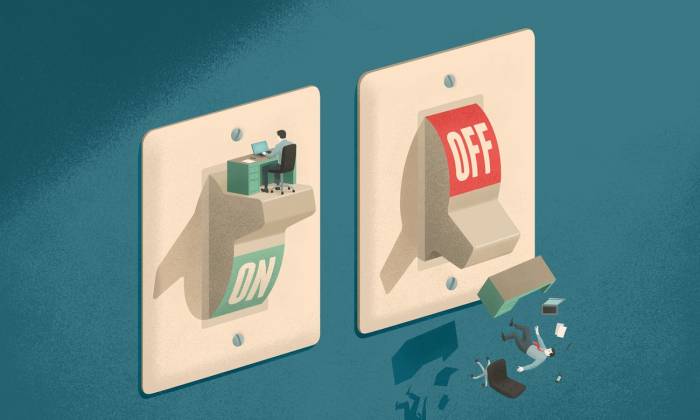 For a serious examination of the devastating and incurable disability that is narcolepsy, Henry Nicholls’s book, Sleepy Head, is a surprisingly funny account.

There is the obvious, if somewhat cruel, humour to be found in stories of people falling asleep in surprising places: in a small boat sailing around the Farne Islands, with the freezing North Sea cascading over the gunwale; while scuba diving; on a rollercoaster; at the dentist’s; on the back of a horse; on a surfboard. But there are other extremely funny insights that Nicholls gives into the crepuscular world that narcoleptics inhabit: his laconic fretting over the etiquette of attending a CBT group for insomniacs, which he discovers he also suffers from while researching the book. “A narcoleptic attending an insomnia clinic could be seen as the height of insensitivity,” he deadpans. Then there’s the attempt to solve sleep apnoea by learning the didgeridoo. (Didgetherapy, since you ask. It involves acrylic didgeridoos and is, apparently, quite effective.)

Misjudging his tone entirely, I arrive at our interview expecting a garrulous chat. I’m particularly excited that I opened Nicholls’s book thinking I was pretty special to be able to share with him the fact that my father also had narcolepsy – and close his book having realised that five of my closest family members (including myself) have had diagnosable sleep disorders ranging from sleep apnoea to night terrors to – my own thrilling self-realisation – an episode of hypnagogic hallucination and sleep paralysis.

Nicholls has suffered narcolepsy for 20 years. As well as the insomnia, he also has excessive daytime sleepiness, sleep paralysis and hypnagogia, and cataplexy – in which intense emotion causes all the muscles around the body to cut out for anything from a few seconds to a minute or so. To outsiders, it looks as if the sufferer has suddenly fallen asleep. In fact, they are fully conscious. Despite his multiple disabilities, Nicholls – a science journalist and author – considers himself one of the fortunate ones. During his PhD, spent studying sand martins on the Tisza river in central Europe, he found his narcolepsy fitted in quite well with his long waits for the birds to return to their colonies. “Although I did find myself motoring into the tangled banks,” he admits.

Back in mainstream society, though, it was harder to keep up appearances. Working in an open-plan office, his days would be punctuated by rushes to the loos to dose himself in revivingly cold water (“It never did more than a minute’s good”) or to snatch five minutes’ kip in a locked cubicle (“There’s a limit to how many times you can do this in a day”).

The drug regime Nicholls has been on since 1995 has done a great deal to help control at least some of his disabilities. Having said that, he later admits that staying awake for the two hours that we talk caused him to sleep through his underground stop and again, while standing, on the bus back home.

When I tell Nicholls about my family tree, instead of warmly greeting me as a fellow traveller, he gazes stolidly into the middle distance. “Yes,” he sighs. “I would say that’s totally average. That’s a big part of why I wrote this book. I want people to realise how usual sleep disorders are. That’s why they need to be taken seriously, because when sleep goes wrong, it almost always has a profound effect on our lives. Narcolepsy isn’t funny,” he goes on, referencing a sketch a comedian recently did on the disability. “This would be a pretty shit book if it didn’t have any humour, but when you’ve got narcolepsy, there’s not a lot that’s funny.” He warms up. “And if you’re not narcoleptic, don’t you dare make ignorant, idle jokes about a devastating disability. You’re not allowed to.”

His colour rises and he tilts his face to the ceiling, tensing. “I’m getting a bit cataplexic now,” he admits through gritted teeth. There is a pause while he visibly regains control. The moment passes. “If I step back from the immediate fury, I can accept that the jokes people make about narcolepsy have a use because more people have heard of it now and know it is something to do with sleep,” he grudgingly concedes.

It becomes clear to me that part of his unforgiving demeanour might not only be due to him trying to stay awake during our interview – or perhaps concern that he won’t. It’s also down to his barely latent anger over the way those with sleep disorders are still so poorly understood by the medical establishment and, frequently, ignored. Child victims almost move him to tears. “I am angry,” he agrees. “Imagine being a small child with hypnagogic hallucinations and sleep paralysis.”

Hypnagogia happens on the way in or out of sleep. Sufferers sense a horrifying presence – sometimes seen, sometimes not – and an urgent terror. They also experience a pressure on their bodies, have trouble breathing or feel pain. My own experience happened when I was somewhere between eight and 13. I woke to find a skeletal cowboy, wrapped in a cloak and wielding a massive weapon, looming over me from the foot of my bed. Unable to scream or move, it remains one of the most terrifying experiences of my life. Until reading Nicholls’s book, however, I had assumed it was just a uniquely vivid nightmare.

“Until very recently, it was assumed that hypnagogia only developed in adolescence,” he says. “But the medical world is now beginning to admit that very little children can get it, too. Even so, often they’re ignored when they seek help. We have no idea of numbers. But what must it be like, as a very young child, to literally see witches and demons in your bedroom every night? To feel them sitting on you, pushing you down, clawing at you?”

Over the years, to hold his cataplexy at bay, Nicholls has learned to instinctively subdue his emotions. “I am very controlled unless I’m with family and friends,” he admits. “My friends regulate their behaviour around me so they don’t make me laugh. I don’t make jokes any more.” He allows me a rare moment of eye contact. I begin to smile, expecting a punchline, but he is deadly serious. He goes on: “My sleep specialist is trying to help me bring back some laughter, but I have forgotten the sorts of jokes I used to make.”

Poignantly, he quietly adds: “I am, however, capable of love.” Here, Nicholls has also been fortunate. He’s been with his partner, Charlotte, for longer than he’s had narcolepsy. “Just as a sleep disorder evolves over many years, so a strong relationship evolves and adapts,” he says. “I really am atypical in this regard, though, for many people with sleep disorders the impact on their relationships can be devastating.”

The couple have two young sons and thankfully, narcolepsy doesn’t seem to be genetic. “As there are many triggers for narcolepsy, a constellation of unfortunate events that come together, it only rarely runs in families,” he says.

Nicholls hopes his book will be a clarion call, a step towards bringing sleep into the same space of public health as exercise and diet. “It underpins absolutely everything,” he says. “You can’t name one health disorder that wouldn’t be improved by good sleep.”