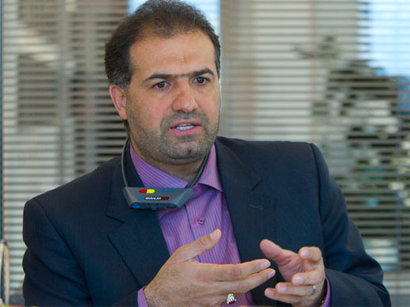 Iranian Legislator and Head of the Parliament`s Research Center Kazzem Jalali voiced Tehran`s readiness to help resolve the territorial dispute between Azerbaijan and Armenia over the Nagorno-Karabakh region, IRNA reported.
"We believe that settling dispute between Azerbaijan and Armenia over the of Nagorno-Karabakh region has political solution and this problem should be resolved by the regional countries and the neighbors close to the region," Jalali said.

Being located in the vicinity of Armenia and Azerbaijan republics` war zones, Iran is naturally more sensitive about this issue than the other regional countries.

Armenia and Azerbaijan thus remain officially at war over Karabakh and the dispute is a major source of tension in the South Caucasus region wedged between Iran, Russia and Turkey.

No country - not even Armenia - officially recognizes Karabakh as an independent state.

The mountainous rebel region has been controlled by ethnic Armenians since it broke free of Baku`s control after a fierce war in the early 1990s that killed 30,000 people.