Iran invested over $3B in Azerbaijan’s economy - minister 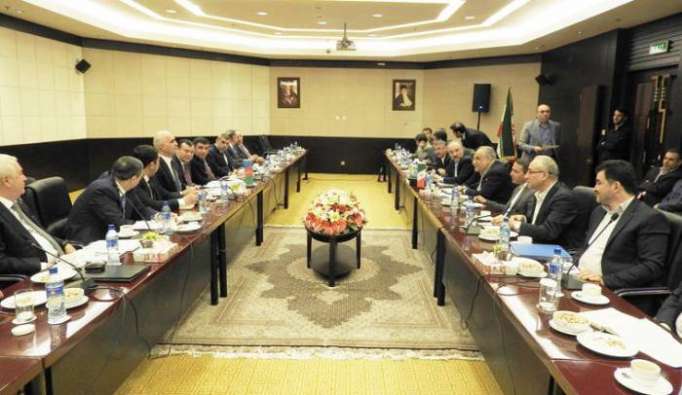 Mustafayev noted that over 700 companies with Iranian capital are registered in Azerbaijan, adding that they operate in the industry, construction, services, communications, trade, transport and agriculture spheres.

Also, the International North-South Transport Corridor project, which is an important direction of the Azerbaijani-Iranian cooperation, is being implemented at high pace, he said.

Mustafayev noted that it is planned to lay the foundation of the terminal in Iran’s Astara city and build warehouses for the storage of fruit and vegetable products.

Discussions also continue to finance the construction of the Rasht-Astara railway, which is a part of the International North-South Transport Corridor, he said.

The minister reminded that over 19,000 trucks ​​passed through Azerbaijan from Russia to Iran and back in 2017.

Shahin Mustafayev also noted that the number of tourists coming from Iran to Azerbaijan is growing every year and reached 363,000 people in 2017.

Iranian citizens rank first among the foreigners who receive entry visas through the ASAN Viza system, he said.

He also noted the importance of switching to the round-the-clock mode of operation of the Astara, Julfa and Bilasuvar border crossing points in terms of expansion of cooperation between the two countries.