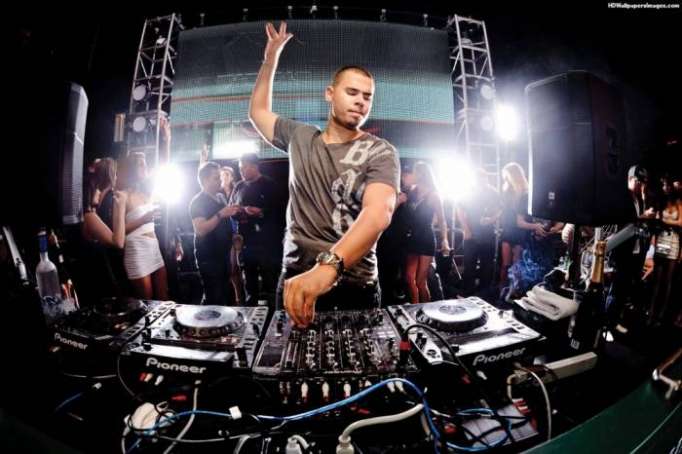 Baku City Circuit (BCC) has confirmed that legendary DJ, Afrojack, will keep the party going in Baku long into the night on Friday April 27th during the 2018 Formula 1 Azerbaijan Grand Prix.

Straight After Jamiroquai finish their concert on Friday 27th April, the superstar DJ will take to the decks to keep the party going into the early hours of the morning. In a change from previous race weekends, this year’s concerts and subsequent after-parties will be staged at Baku’s famous Crystal Hall.

Afrojack - Grammy Award-winning recording artist, producer and DJ - is known as a versatile producer and music artist who is able to move effortlessly across genres from electronic music to hip-hop and pop. He is as respected and known for his work producing tracks for other artists as much as he is known for his own music. Just some of the tracks he has helped produce include Beyoncé’s Run The World (Girls), Madonna’s Revolver with David Guetta and Ne-Yo and Pitbull’s Give Me Everything.

In 2018 alone, Afrojack has released an array of diverse hits such as Bad Company with DirtCaps, Helium by teaming up again with David Guetta and Sia, and a remix of U2’s iconic Get Out Of Your Own Way. He continues to work a lot with his good friend David Guetta, and later this year they will perform in Ibiza together. Afrojack also released two hits last year with David Guetta, Another Life featuring Ester Dean and the star-studded Dirty Sexy Money with Charli XCX and French Montana.

Afrojack won a Grammy for his 2011 remix of Madonna’s Revolver (David Guetta's One Love Club Remix) shared with David Guetta for the Best Remixed Recording, Non-Classical. He’s been nominated a total of 4 times for remixing Collide with Leona Lewis; producing Look at Me Now with Chris Brown and producing Give Me Everything with Ne-Yo, Pitbull and Nayer.

Afrojack recently returned back home to Wynn Las Vegas for his 2018 residency and performed twice at this year’s Ultra Miami for their 20th anniversary where he brought out special guest VASSY to perform their recent hit LOST featuring Oliver Rosa.

BCC’s Head of Commercial, Bulent Ozerdim, was thrilled to announce the iconic DJ for the Friday night After Party: “We are thrilled to add Afrojack to the 2018 Formula 1 Azerbaijan Grand Prix entertainment line-up. He is one of the most influential figures in electronic dance music and to have him playing our Friday night After-Party – something very few promoters offer - is beyond thrilling. The party will literally go all night here in Baku! I can’t think of any better way to spend the first day of an F1 race weekend! My message to everyone is clear: make sure you get your tickets while you still can and come join us here in Baku this April 27th – 29th!”

DAILY Tickets to the after parties are ALSO sold separately at a cost of 30 AZN for the Fan Zone and 50 AZN for the Golden Circle areas. These will allow access to Crystal Hall after 11pm on each respective night.

Transport to the concerts will be provided to all fans for the short journey from Baku City Circuit to the Crystal Hall.

Fans with four-day tickets will additionally be able to enjoy an exclusive Pit Lane Walk on Thursday April 26th, while all ticket holders will get access to the drivers via daily Autograph Sessions and will also be entertained throughout the weekend via a series of entertainment activities located along the circuit’s vending zones situated along Baku’s stunning seaside boulevard.