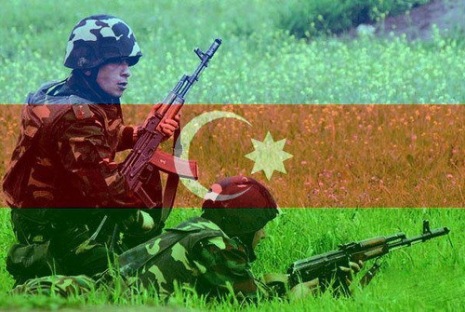 95 years have passed since building the Azerbaijani Armed Forces. According to the decision by the government of Azerbaijan Democratic Republic on June 26, 1918, first military unit – special corps was founded and army draft decree was issued following it.

The defense ministry was established on August 1, 1918. Khosrov Bey Sultanov was appointed to the defense minister`s post. He was replaced in this post by professional army officer, General Samad Bey Mehmandarov on December 25, 1918. Lieutenant-General Aliaga Shikhlinski was appointed the deputy minister and Habib Bey Salimov – the chief of general staff.

An army with 30000 troops was formed in a short time. The National Army together with the Ottoman Empire`s Caucasian Islamic Army liberated Baku from the Armenian-bolshevik occupation on September 15, 1918 and on September 17, the national government of Azerbaijan moved from Ganja to Baku.

All of these achievements were reached thanks to the contributions of army`s high-ranking officers - Huseyn Khan Nakhchivanski, Ibrahim Aga Usubov, Hamid Gaytabashy, Kazim Gajar, Javad Bey Shikhlinski, Habib bey Salimov and others. After the occupation of Azerbaijan by Bolshevik Russia and fall of the Democratic Republic in 1920, the Bolshevik government abolished the National Army. 15 of the 21 army generals were shot dead by the Bolsheviks and most of the commanders faced with repressions.

Azerbaijani President Heydar Aliyev issued a decree on May 22, 1998 to declare June 26 – the day of establishing first military unit of Azerbaijan Democratic Republic – as the Day of Armed Forces of Azerbaijan, which is celebrated annually by the Azerbaijani people and is a nonworking day .