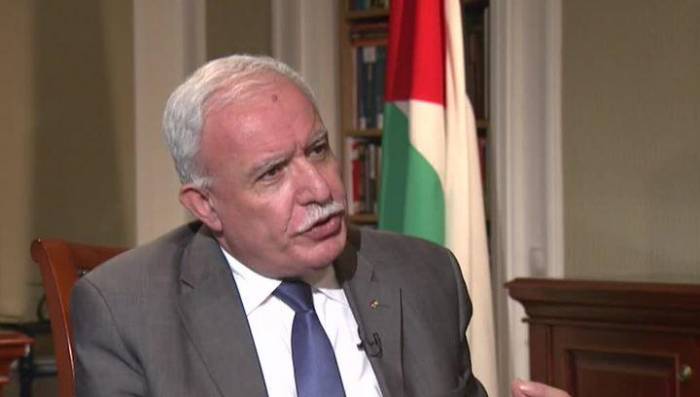 Asadov said that such meetings between friendly countries of Azerbaijan and Palestine are of great importance in terms of further development and strengthening of bilateral relations.

Stressing that Riyad al-Maliki visits Azerbaijan for the fourth time as a minister, Asadov highly appreciated the Palestinian foreign minister’s participation in the Mid-Term Ministerial Conference of the Non-Aligned Movement (NAM) in Baku.

It was mentioned that the relations between the peoples of Azerbaijan and Palestine are based on historical brotherhood, common religious and cultural roots.

The people and the government of Azerbaijan have always provided political and economic support to the people of Palestine and intend to continue this support in the future, Asadov said.

Azerbaijan has always defended fair position of Palestine in making decisions that meet the interests of Palestine as part of international organizations - the UN, OIC, the NAM, he added.

Azerbaijan as a party involved in a regional conflict and as a country the lands of which are occupied understands the problems of Palestine and adheres to the settlement of the Middle East issue in a peaceful way in accordance with the norms of international law, Asadov noted.

Expressing gratitude for the warm welcome, Riyad al-Maliki spoke about participation in the Mid-Term Ministerial Conference of the Non-Aligned Movement (NAM) in Baku and his meetings as part of the visit.

It was noted that regular meetings of delegations within prestigious organizations are very important in terms of exchanging views on issues of concern.

Highly appreciating the meeting with President Ilham Aliyev, the guest expressed gratitude for the bold position of the Azerbaijani president at the OIC emergency summit on Jerusalem.

Riyad al-Maliki said that the Palestinian state and its people support Azerbaijan’s fair position in the Armenia-Azerbaijan Nagorno-Karabakh conflict and its settlement within the international law.

During the meeting, the sides exchanged views on issues of mutual interest.

Chief of Azerbaijani Parliament’s apparatus Safa Mirzoyev and other officials attended the meeting.