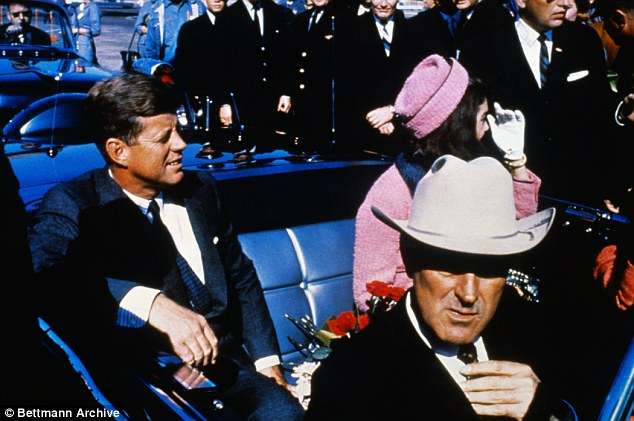 An old map of Cuba is up for auction in Boston -- but it's much more than a map.

It's a historic artifact from some of the darkest days of the Cold War, when Washington and Moscow reached a standoff that could have led to a nuclear doomsday.

President John F. Kennedy consulted the map -- which shows dozens of potential military targets across Cuba -- as he was considering whether to launch a US attack during the Cuban missile crisis. 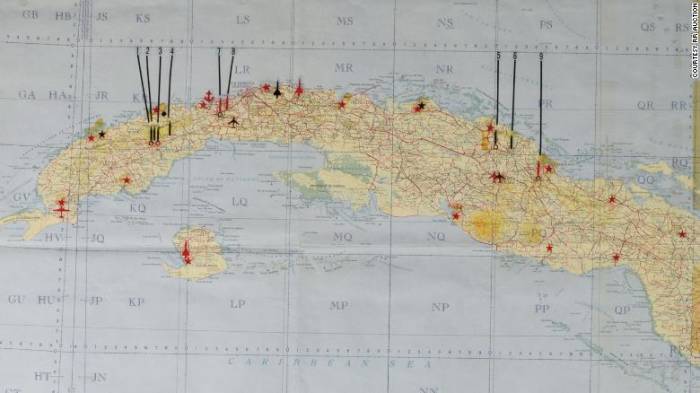 The 1962 map shows nine potential US targets in Cuba.

RFK: 80 million Americans could have died

The world held its breath for nearly two weeks in October 1962, as tensions rose between the United States and Soviet Union. The standoff started after the discovery of Soviet nuclear missile sites in pro-Soviet Cuba -- which put millions of Americans in range of weapons that could hit US cities within minutes.

In his book "Thirteen Days," Kennedy's brother, then-US Attorney General Robert F. Kennedy, said photos from US spy planes "indicated that the missiles were being directed at certain American cities, the estimate was that within a few minutes of their being fired 80 million Americans would be dead." 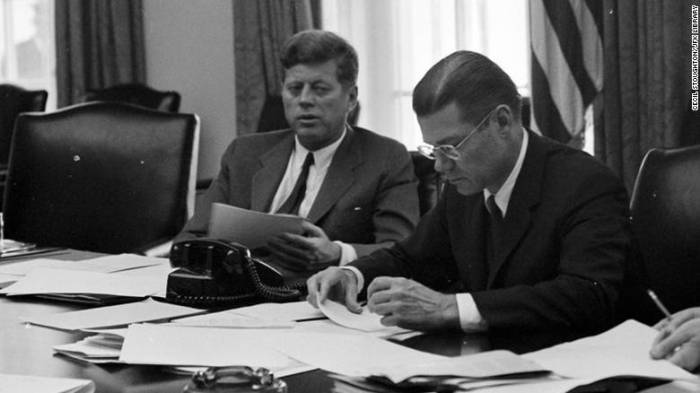 President Kennedy and Defense Secretary Robert McNamara confer on the crisis in October 1962.

Robert F. Kennedy led a White House task force to explore options on how the United States should respond to the crisis.

Pentagon leaders urged Kennedy to attack Cuba -- a possibly dangerous move that could have triggered a nuclear war with Moscow. Assuming nuclear weapons would not be used on the island against American invading forces, war planners expected as many as 18,500 US casualties within the first 10 days of a Cuban invasion, according to a now-declassified top secret Pentagon memo.

Based on photos from US spy planes, President Kennedy's map -- which was classified as "secret" -- shows locations of nine weapons installations in Cuba that US forces likely would have targeted if he had ordered an attack. 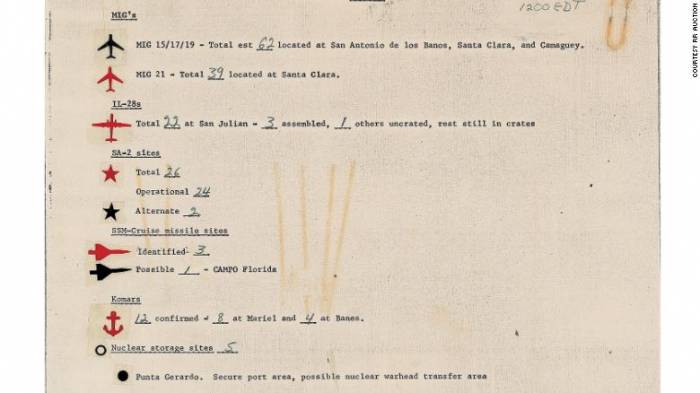 Tensions were so high at the time that the Pentagon put its forces on a readiness level that was just one step away from war.

"Missile crews were placed on maximum alert," Robert F. Kennedy wrote. "Troops were moved into Florida and the southeastern part of the United States. ... The Navy deployed 180 ships into the Caribbean. ... The B-52 bomber force was ordered into the air fully loaded with atomic weapons."

But the idea of a surprise US attack on Cuba didn't sit well with some of the President's advisers, including his brother.

"... a surprise attack would erode if not destroy the moral position of the United States throughout the world," Robert F. Kennedy wrote in his book.

Instead of an invasion, the President eventually chose to set up a US Navy blockade around Cuba. 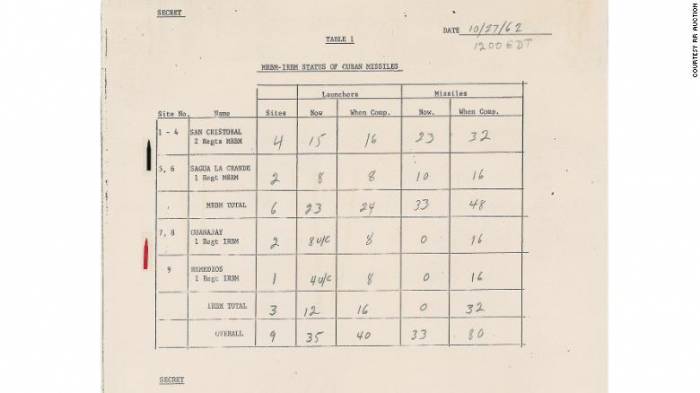 Another map key detailed the locations of dozens of Soviet nuclear missiles.

At the last minute, war was avoided, thanks to a bit of artful back-channel diplomacy.

The US promised not to invade Cuba, and Khrushchev promised to withdraw the missiles.

Separately, the Kennedy administration and Moscow agreed to a secret deal -- which wasn't revealed until more than 25 years later -- calling for the United States to remove its obsolete American nuclear missiles from Turkey.

Now, more than half a century later, the map -- estimated to be worth about $20,000 -- offers a tangible connection to a single moment that affected the course of history.

According to RR Auction Company, the map's letter of provenance quotes Defense Secretary Robert McNamara as saying "the President pored over this map before deciding to delay the attack."

After the crisis, President Kennedy reportedly gave the map to McNamara -- calling it the "victory map."

The letter says it was the only time McNamara "ever heard Kennedy say anything that sounded like gloating about how the crisis ended."