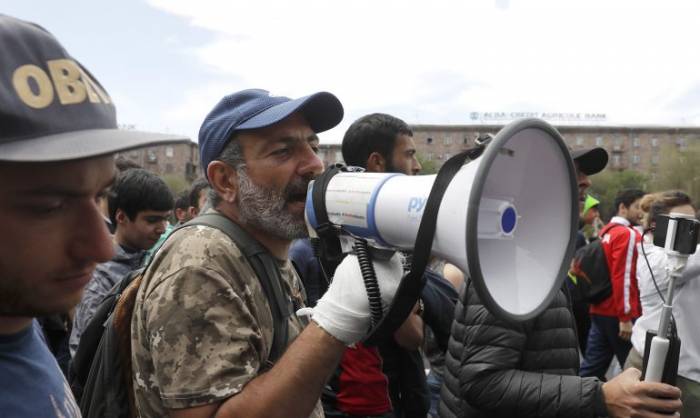 Armenian opposition leader Nikol Pashinyan said that he met with the republic's President Armen Sarkisyan and discussed the situation in the country with him, Pashinyan wrote on Facebook on Friday.

"Yesterday evening I met with Armenian President Armen Sarkisyan. We discussed the situation in Armenia and possible ways to settle it. Mr Sarkisyan brought with him documents [confirming] that [he] had lost UK’s citizenship in December 2011," TASS cited Pashinyan as saying.

On April 23, Serzh Sargsyan resigned as the country’s prime minister under the pressure of the opposition. The election of the new cabinet of ministers is due on May 1. It will be held at the parliament as an open voting.

The opposition demands Pashinyan’s election as the new head of government. The ruling Republican Party of Armenia agreed to an early parliamentary election, but considers the opposition’s demand to elect its leader as prime minister as anti-constitutional.