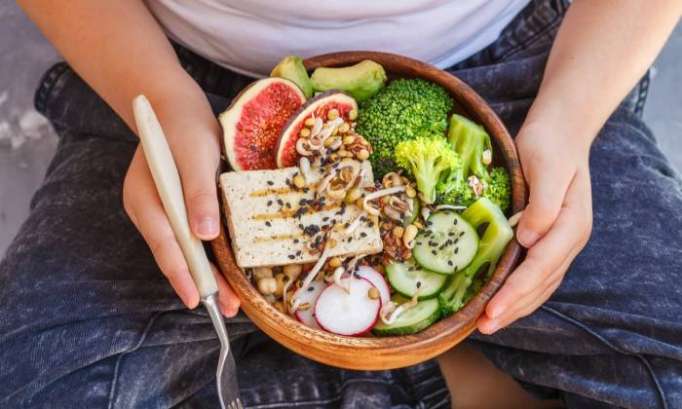 Given the will he/won’t he soap opera surrounding Thomas Markle, you might have imagined that Prince Harry and Meghan Markle would be given a pass on the finer details of their wedding plans. But no. The news that the wedding breakfast will NOT be a sit-down meal (block caps the Daily Mail), but will serve “trendy bowl food” to standing guests, was judged to be not just news, but news that needed translating for a bewildered nation. As if “Harkle” (what do you mean no one’s calling them Harkle?) had decided to serve their guests by shooting Peperami at them from a Nerf gun.

Immediately, other news outlets began to worry about guests’ dry-cleaning bills. On Radio 2, etiquette expert William Hanson (who in 2016 wrote that “only dogs eat from bowls”) could be heard on Steve Wright in the Afternoon, sharing his dismay. “The bowl food thing that they have announced today isn’t brilliant. Bowls are not considered very aristocratic, very royal, everything would be plates,” he observed, before conceding, “but if it’s the couple’s choice, it’s their wedding at the end of the day.” How big of him.

Away from royal circles, bowl food – outside of soup and cereals, that is – has been a thing for a while. Or for several millennia, if you want to be pedantic. But the rise of bowl-eating was widely noted circa 2016, propelled by a new focus on healthy dishes – often layers of grains, pulses, vegetables, protein, dips and sauces that only work together when compacted in this appropriate vessel. It has also become a contradictory food category in its own right, stretching from acai and cacao nib-topped breakfast porridges to Hawaiian poké raw fish dishes. A raft of cookbooks duly followed (Bowl, The Sprouted Kitchen Bowl + Spoon, Bowl Stories and Lonely Planet’s The World’s Best Bowl Food). And in Simply Nigella, Nigella Lawson jumped on the bandwagon, declaring: “If I could, I’d eat everything out of a bowl.”

If burrito bowls, sushi bowls and superfood Buddha bowls have little in common gastronomically, the bowl itself seems to convey a sense of comforting nourishment. “I love how gentle and nurturing it feels,” wrote chef Anna Jones in this paper in 2016 – the same year that Bon Appétit joked that bowl food is “at least 10% healthier than food on a plate”. 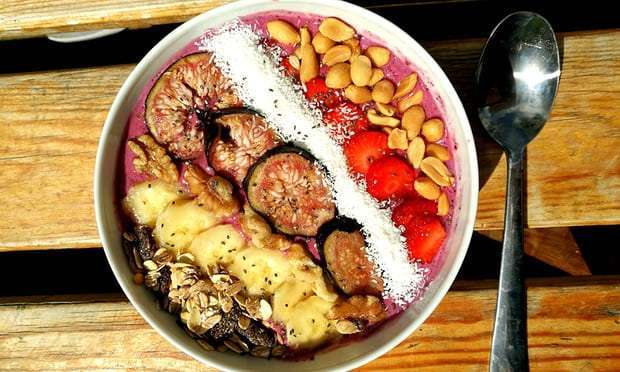 An acai bowl. ‘The bowl itself seems to convey a sense of comforting nourishment.’ Photograph: Cecilia Carlegård/EyeEm/Getty Images

In fact, there is some academic support for the intuitive feeling that food in bowls is good for us. According to Charles Spence, who studies the psychology of food at the University of Oxford, a warm bowl in your hand encourages you to feel content, while its weight and the way we perceive rimless bowls to contain bigger portions than they actually do, may encourage us to eat less. “That weight is likely to make your brain think the food is more substantial and you are likely to rate it as more intensely aromatic than exactly the same food sat passively on a plate,” Spence told the website Quartzy.

This concave cult is now firmly entrenched. At John Lewis, where bowls are far more popular than plates as gifts, there has been a 14% like-for-like increase in bowl sales in the past six months. Meanwhile, across Instagram and food blogs, the bowl appears to dominate as the crockery of choice. It helps that, for amateurs, bowls are a naturally photogenic medium. “A lot of bowl stuff has things sprinkled on, herbs and seeds” – as often seen on the now ubiquitous smoothie bowl – “which immediately makes things look pretty,” says freelance food stylist Katy Greenwood. “With plates, there are things to think about. Do I go over the edge or keep the food within it? Do I need to show the bottom of the plate? With a bowl you’re just painting a picture on that top layer.” 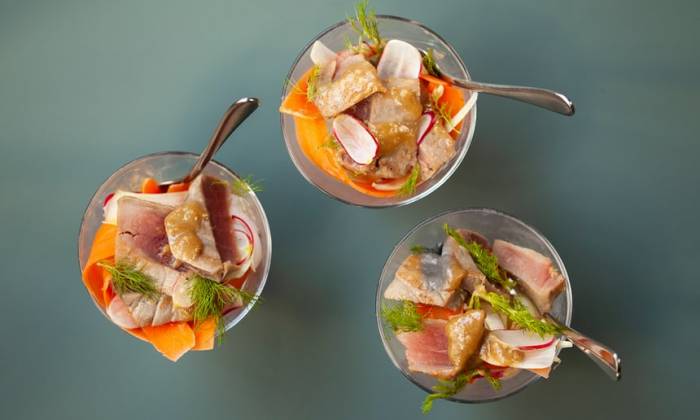 Do not imagine, incidentally, that the royal wedding bowls will be all chia seeds, blueberries and “activated” almonds. It may seem odd that royal chef Mark Flanagan is talking about serving classic British dishes in bowls, but for the past decade top chefs have been doing just that: pureeing, jellifying, shredding and dicing ingredients to create small intense dishes that you can easily eat with a spoon. Some find the lack of cutting and sometimes chewing in bowl food infantile, but ambitious chefs embraced this vehicle of delivery long before the clean-eating crew. It’s a trend that a self-identifying foodie, such as Markle, will undoubtedly be aware of. “I’m a California girl, right? I grew up with farm-to-table dining before it was sweeping the nation,” she told Marie Claire in 2013.

Historically, Michelin-starred tasting menus would be punctuated by snacks that were, essentially, canapes. But Dan Cox, former head chef at Simon Rogan’s Fera restaurant at Claridges, says: “Canapes are inherently hard to work with. Invariably, you need a dry base, then [several layers] on top. It’s high labour and high risk because it can just all fall apart. With bowls, you do away with those problems.”

Cox, who is also a potter and makes his own crockery, will soon open a new restaurant at Cornwall’s Crocadon Farm. He loves how bowls have liberated dish design and are able to accommodate more liquid than plates, so you can bring in influences from dishes such as noodle soups and broths. And because they are all about layering ingredients (rather than building a plate around an elevated 3D focal point of expensive protein), they are a good place to use uglier cuts. “Take oxtail, for example. It doesn’t look so pretty on the plate, so let’s get it at the bottom of the bowl and put three layers on top.”

Cox vividly remembers a garnished dish of fresh raw peas, mint oil and pea mousse that Rogan used to serve in delicate porcelain at his flagship restaurant L’Enclume in Cumbria. “That’s easy to do [in the kitchen], it’s self-contained and as the customer goes through it with a spoon, they get all those different layers and exciting elements, almost like a trifle. It’s like a voyage of discovery through the bowl. But if you tried to do that on a plate or on a little edible base it would be a mess.”

Given those factors – ease of service and creativity – bowl food has become a standard menu option for high-end event caterers. “Each bowl is generally four or five mouthfuls, and four bowls will be quite a lot per person. It’s substantial,” says Matthew Harris, chef director at Company of Cooks, which has catered at the Baftas and the Olivier awards. “You need somewhere to put your glass because it’s a stand-up affair, and lots of staff hovering around collecting the empty bowls. In the last six years, it’s become more widely known.”

But bowl food requires fewer staff than a sit-down dinner, so it can still be cost-effective for the client (Company of Cooks dishes start at £7.50), and both the bowl format and serving them in several waves reduces pressure on the kitchen. “You don’t have several people fiddling [with each bowl] as you might on a plate for a restaurant,” says Harris, who as well as the obvious risotto, serves dishes such as fillet of beef with artichoke and a mustard tarragon dressing in bowls. 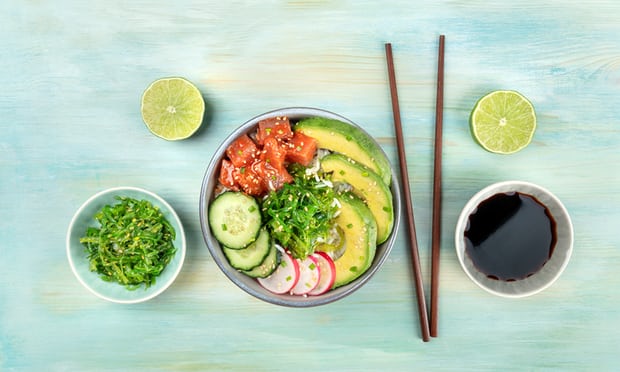 Serving bowls at an event allows for great variety, too. “We do different world cuisines. That’s what our well-travelled clients look for,” says Gemma Bacon, head of event planning at caterer Rhubarb. “Often they want gluten-free, vegan or dairy-free options too, and bowl food allows you to cater to those dietary requirements naturally.”

The growth of bowl food also reflects what, even in society’s super-rich stratosphere, is a growing desire for informality. We may not embrace the bowl with the glee of the Japanese (where slurping down the dregs is perfectly acceptable), but, unlike at the dinner table, a bowl-food party allows people to circulate and, of course, avoid any particularly awful guests. No wonder the royal couple are fans.