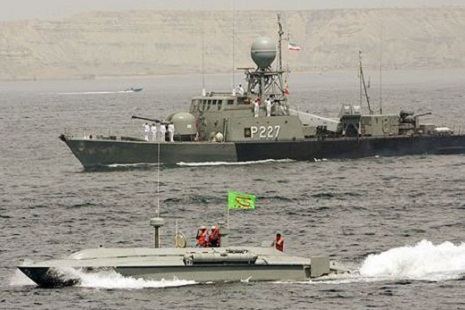 Negotiations on joint military exercises between the naval forces of Iran and Russia are being held and in the case of getting approval, the exercises will be carried out in the near future, the commander of the Iranian Navy, Rear Admiral Habibollah Sayyari told today at a press conference, the Tasnimnews news website reported.
He added that Iranian Armed Forces staff will make a decision on carrying out the joint military exercises.
During the conference Sayyari also said that the "Fateh" submarine will be commissioned in the current year (the year changes in Iran on March 21).

Sayyari said that two "Kaman" class missile boats will also be commissioned in the current year.

It should be noted that tomorrow Sayyari will depart for Russia. The discussions of issues on carrying out joint military exercises between the two countries will also be covered during the visit.