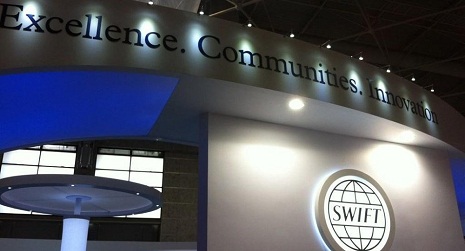 Iranian banks may be able to access the international SWIFT network after the Islamic Republic and the P5+1 group took a major step to reach a comprehensive deal on Tehran`s nuclear program in early April.
The Society for Worldwide Interbank Financial Telecommunication (SWIFT) and Iranian private banks held formal and informal talks to discuss possible resumption of service, Press TV reported, citing the Tabnak news agency. The Tehran-based television network did not provide any details.

SWIFT was instructed to disconnect some 30 Iranian banks from the network in March 2012. Following an EU Council decision, the society stopped providing specialized financial services to financial institutions sanctioned by the European Union. "SWIFT is incorporated under Belgian law and has to comply with this decision as confirmed by its home country government," the company said in a statement.

The decision to eject Iranian banks from the system was unprecedented for SWIFT. But it could be reversed, should an agreement between Iran and a group of international mediators be signed.

On April 2, they reached an interim deal on Tehran`s nuclear program after marathon talks in Switzerland. It has become a milestone since a breakthrough Joint Plan of Action was signed in late 2013 in Geneva. A final comprehensive deal to ensure that Tehran`s nuclear goals are purely peaceful is expected to be signed by the end of June.

Under the new framework, Iran agreed to limit its uranium enrichment capacity in exchange for the lifting of sanctions imposed by the US, the EU and the UN Security Council.