China: Trade talks with the US are back on 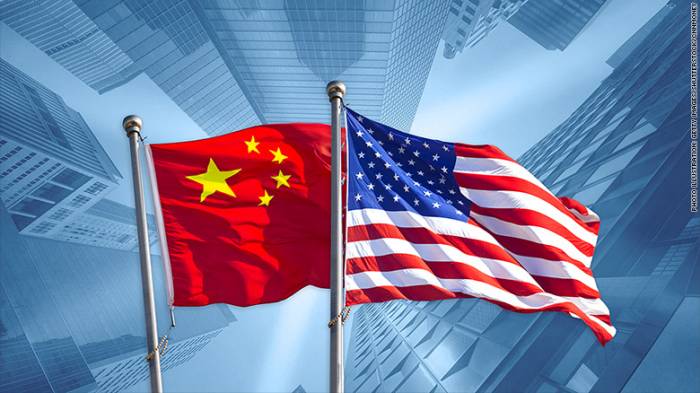 China says new talks with the United States are set to take place amid the trade war between the two economic superpowers.

The Chinese Commerce Ministry announced Thursday that a delegation will travel to the United States later this month for talks. The visit is at the invitation of the United States, the ministry said in a short statement.

Previous rounds of talks between the two countries failed to make much progress, resulting in the outbreak of a trade war that has already hurt businesses on both sides of the Pacific. The countries imposed steep tariffs on billions of dollars of each other's exports this summer and have threatened more.

The Chinese delegation will be led by Vice Commerce Minister Wang Shouwen, who will hold talks with David Malpass, the US Treasury Department's under secretary for international affairs, according to the Chinese statement.

It's highly uncertain how much headway the negotiators will be able to make, with the two governments far apart on how to address many of the key US concerns. Those include the huge trade imbalance between the two countries, Chinese efforts to get hold of American technology and Beijing's ambitious industrial policies.

The case for China being "willing to give enough concessions that the US government backs down is not convincing," Louis Kuijs, head of Asia economics at research firm Oxford Economics, wrote in a note to clients last week.

The officials leading the new talks are less senior than in previous rounds, which involved Treasury Secretary Steven Mnuchin and Commerce Secretary Wilbur Ross on the US side and Vice Premier Liu He, a top adviser to President Xi Jinping, for China.

The Chinese government statement Thursday didn't say what topics the talks would cover. It reiterated China's stance that it opposes "unilateralism and trade protectionism."

The US Treasury Department wasn't available for comment outside of regular office hours.

The last round of formal trade negotiations between the two sides took place in early June, when Commerce Secretary Wilbur Ross traveled to Beijing. But those unsuccessful talks were overshadowed by the Trump administration's announcement days earlier that it was going ahead with its plan to impose 25% tariffs on $50 billion worth of goods from China.

Escalating the clash, the Trump administration has announced plans for yet more tariffs, on about $200 billion of Chinese exports. Beijing has said it will fire back with new tariffs on $60 billion of US goods.