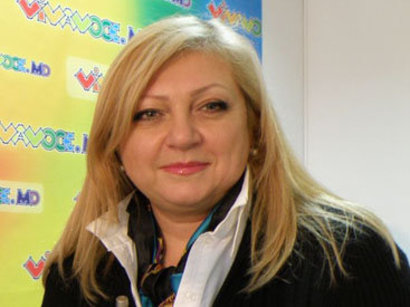 Armenian authorities have threatened to kill the Ombudsman of Moldova Aurelia Grigoriu that stated the Khojaly genocide was committed by Armenians, and this is an internationally recognized fact, and is an internationally recognized fact.
Armenian authorities are threatening the Ombudsman of Moldova does not let her to go out of the country.

Note that such threats against the Ombudsman Moldova can be considered as terror at the state level and the suppression of freedom of speech.

"Armenia has occupied 20 percent of Azerbaijan`s territory and committed genocide against Azerbaijanis," Moldova`s Parliamentary Advocate (Ombudsman) Aurelia Grigoriu said on Thursday at the parliament of Armenia.

On Feb.25-26 February, 1992, Armenian occupation forces together with the 366th infantry regiment of Soviet troops stationed in Khankendi (previously Stepanakert) committed an act of genocide towards the population of the Azerbaijani town of Khojaly.

Some 613 people were killed including 63 children, 106 women and 70 old men. A total of 1,000 civilians were disabled during the genocide. Eight families were killed, 130 children lost one parent and 25 lost both. Additionally, 1,275 innocent residents were taken hostage, while the fate of 150 remains unknown.

Azerbaijan and Armenia signed a ceasefire agreement in 1994.The co-chairs of the OSCE Minsk Group - Russia, France and the U.S. - are currently holding peace negotiations.

Armenia has not yet implemented four U.N. Security Council resolutions on the liberation of the Nagorno-Karabakh and the surrounding regions.