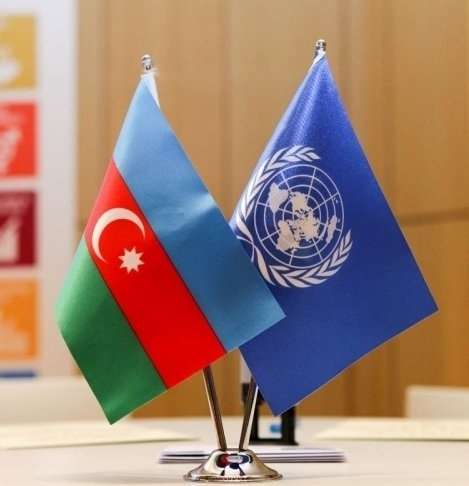 In the framework of the 39th session of the UN Human Rights Council, a meeting of the Working Group on the Universal Periodic Review (UPR) has been held, during which the third report of Azerbaijan has been heard, the Foreign Ministry said in a statement Sept. 21.

Speaking at the event, the Deputy Minister of Foreign Affairs of Azerbaijan Khalaf Khalafov noted that most of the 259 recommendations on UPR received by official Baku have been adopted, some of them have already been implemented, and the rest are in the process of implementation.

Khalafov spoke about the measures taken in the areas of fight against corruption, improvement of advocacy activity.

Referring to the work on improvement of living conditions of refugees and internally displaced persons, Khalaf Khalafov briefed the audience about the reconstruction of the Jojug Marjanli village of Jabrayil region liberated from Armenian occupation.

Stressing that as a result of the Armenian occupation of Azerbaijani territories, which has lasted for 30 years, the rights of Azerbaijani refugees and internally displaced persons are grossly violated, Khalaf Khalafov called on the UN Human Rights Council, the UN Security Council and the UN General Assembly to take effective steps to restore their rights.

The deputy foreign minister stressed that Armenia does not recognize the relevant resolutions of the UN Security Council and General Assembly, noted with regret that the recent statements of the new leadership of Armenia deliberately undermine the negotiation process, and serve to continue the occupation of Azerbaijani territories by Armenia, which puts the region face to face with new threats.

The deputy minister said that the entire responsibility for the failure of the negotiation process and the growth of tension in the region rests with the Armenian leadership.

Khalafov called on the Armenian leadership to take a constructive position in resolving the conflict on the basis of the unconditional liberation of all the occupied Azerbaijani territories and not to violate the sovereignty, territorial integrity and internationally recognized borders of the states.

At the end of the meeting, the UPR working group unanimously adopted the report of Azerbaijan.