Why do we yawn?- iWONDER 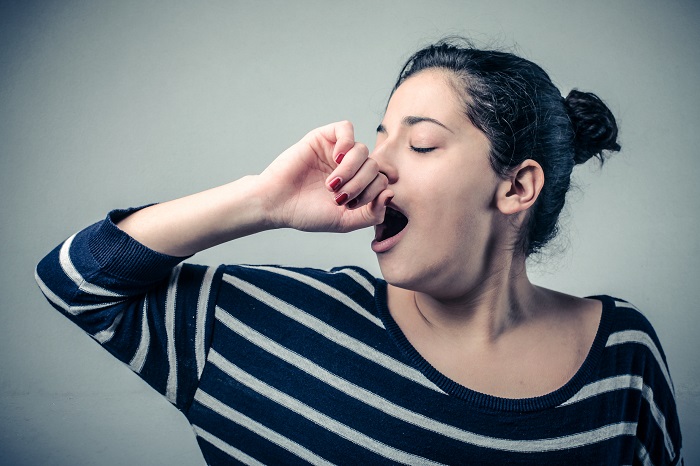 That number is probably larger if the day is spent with other people who yawn, or if it’s spent, say, reading an article about yawning. (Are you yawning yet?) The visual of someone yawning, or even simply the thought of the act, often causes involuntary mimicry. People yawn at the highest frequencies when they’ve just woken up and when they’re tired, but other times a yawn escapes for no apparent reason. So, why do we yawn to begin with, and why does it seem to be contagious?

A 2007 study by psychology professor Andrew Gallup concluded that yawning likely serves to regulate the temperature of the body and the brain. When we open our mouths to yawn, our jaws stretch down to their near-lowest position, heightening blood flow in the area that is then cooled by the quick intake of air. Gallup’s research showed that when participants in the study were warmed, the rate of yawning increased when exposed to images of the act. But when participants were in a cooler environment, or had placed cold ice packs on their foreheads, the rate of yawning was noticeably lower. At the end of a long tiring day of heated brain activity, yawning functions as a coolant to the literal sleepyhead.

The contagious nature of yawning is believed to stem from empathy, or an innate recognition that if someone else is in need of a brain cool-down, you might be too. There are also theories that yawning acts as an alerting mechanism, showing that an individual within a group is possibly in danger—or at least weary. A yawn may simply be the body’s way of alerting others that the current environment just isn’t suitable, for reasons of boredom.