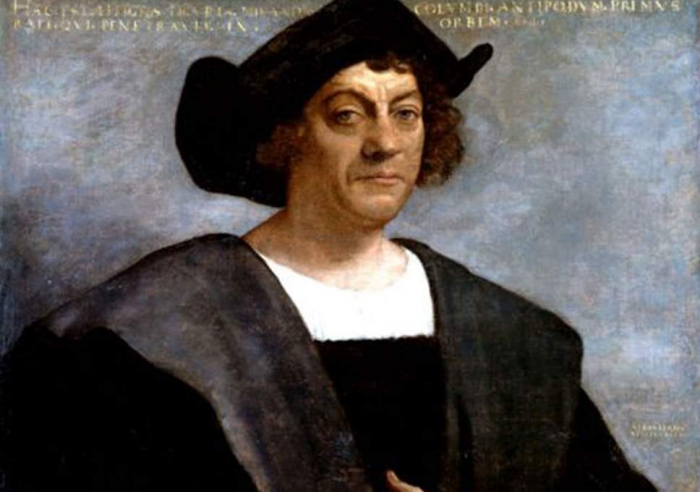 Christopher Columbus was an Italian explorer and navigator.

In 1492, he sailed across the Atlantic from Spain in Santa Maria, with the Pinta and the Niña ships alongside, hoping to find a new route to India. Here's the 5 facts about him:

5. Christopher Columbus Was Not His Real Name

Although Columbus remains a prominent historical figure around the world and has been researched and written about for centuries, there are many details of his life that are still a mystery. Many scholars agree that he was born in Genoa, which is now part of Italy, although there are theories that he may have originated in Spain or even in Poland or Greece. In Italian he is known as Cristoforo Colombo, which was long thought to be his birth name, and in Spanish as Cristóbal Colón. But he has also been referred to, by himself and others, as Christoual, Christovam, Christofferus de Colombo, and even Xpoual de Colón. There is even a theory that he adopted the name from a pirate named Colombo.

4. Speaking of Names, Those Boats Were Not Named What You Think

Ask any American schoolchildren and they’ll tell you Columbus’s ships were named Niña, Pinta, and Santa Maria. However, at least two of those were likely nicknames. In Columbus’s time it was the custom in Spain to name ships after saints and to call them by nicknames instead. La Niña was likely a nickname for a ship called Santa Clara. The nickname is thought to have come from the name of the ship’s owner, Juan Niño. It is unknown what the Pinta’s original name might have been. Santa Maria is a perfectly saintly name for the third, which was also nicknamed La Gallega.

3. He Made Four Journeys to the “New World”

In 1492 Columbus did sail the ocean blue. He also sailed it in 1493, 1498, and 1502. Although many people may have an image of Columbus planting a flag in the lower half of Florida, he really only explored a small area of the Caribbean—which included the Bahamas, Cuba, and Jamaica—and parts of Central America.

2.His Remains Did About as Much Traveling as He Did in Life

After Columbus died in 1506, he was buried in Valladolid, Spain. Three years later his remains were taken to his family mausoleum, which was in Sevilla. In 1542, in accordance with the will of his son Diego, Columbus’s remains were transferred to Santo Domingo, Hispaniola (now in the Dominican Republic). Hispaniola was ceded to France by Spain, and in 1795 Columbus’s bones were moved to Havana, Cuba. More than a hundred years later they were shipped back across the Atlantic and returned to Sevilla in 1898.

At the time Columbus made his famous journey, a lot of overseas travel was guesswork. The exact size of the planet Earth was unknown, and there were two main ways of measuring degrees of latitude—the method developed by the Greek philosopher Poseidonius and the method developed by the medieval Arabs. In making his own calculations, Columbus argued that the circumference yielded by both methods was the same…ignoring, or forgetting, that Arab miles were longer than Roman miles. Using that data, which ultimately rendered the planet about 25 percent smaller, Columbus assured his backers that his small wooden ships could make it from Spain to Japan in 30 days. Some scholars think Columbus willfully misrepresented the distance, but the jury is still out.