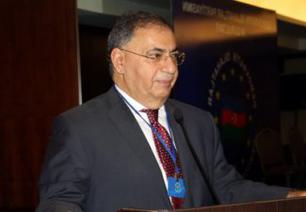 "I agree with the Estonian Foreign Ministry in that part of the statement of the ministry, which states that foreign nationals are required to refrain from traveling to the occupied territories of Azerbaijan."

The statement came from member of the committee on international relations and inter-parliamentary relations of the Milli Majlis of Azerbaijan, MP Asim Mollazade, commenting on the reports in foreign media that the Ministry of Foreign Affairs of Estonia, "advises its citizens not to travel to Azerbaijan, especially to the occupied Nagorno Karabakh”.

"As we have repeatedly emphasized, we cannot ensure the security of the occupied Azerbaijani territories. As you know, media has repeatedly published objective information that the Nagorno-Karabakh is overwhelmed with terror and violence. In addition, the recent events in Yerevan with the Ombudsman of Moldova should also be a kind of warning to refrain from visiting these areas”. Mollazade said.

Commenting on a journalist`s question whether the statement also refers to the recommendations to refrain from traveling to Azerbaijan in general, the deputy said that it is rather a misunderstanding, as the Estonian politicians, athletes and tourists often visit our country.

"I hope that the Foreign Minister will clarify this issue”, Mollazade said.