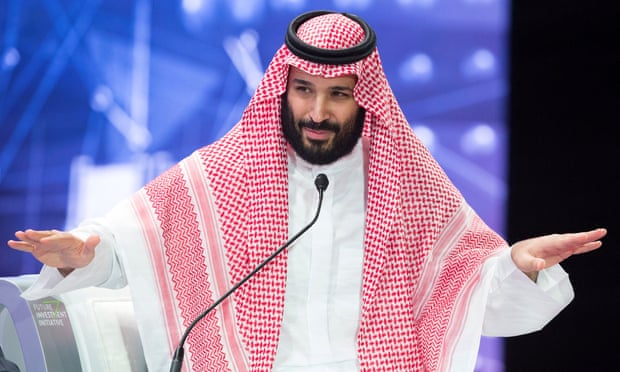 Saudi military intervention in the three-year civil war is widely regarded as a prime cause of the humanitarian disaster that has seen 10,000 civilians killed, and left millions close to starvation. The kingdom intervened in Yemen to restore a UN-recognised government, and push back Iranian-supported Houthi rebels.

Although many donors seek publicity in return for grants, the extent of the Saudi demands are highly unusual.

The document, entitled Visibility Plan, covers the terms of the 2018 humanitarian budget for Yemen, and shows the extent to which the UN aid agency, Ocha, was put under pressure to accept the PR strings attached to money given both by Saudi Arabia and the United Arab Emirates. The two countries provided nearly one third of the total UN humanitarian budget for Yemen for this year.

Future grants distributed by Ocha to agencies should be tied to the amount of beneficial publicity given to Saudi Arabia, the documents advises. It also calls for Ocha to seek favourable publicity for the Saudi humanitarian effort in Yemen in newspapers such as the New York Times and the Guardian.

The document also sets out how all agencies receiving Saudi aid must share a summary of their publicity around the funding. The agreement adds: “We consider it very important to ensure that our dear fellow Yeminis are all aware of our donations. More emphasis should be placed on strengthening the local visibility plan by engaging local media … so that donors get deserved recognition and not to be overshadowed by the recipient’s agencies’ visibility.”

The UN, the plan sets out, will convene events at UN headquarters focusing on the humanitarian response in Yemen, and the impact of all donor funding. These events will acknowledge the roles of all donors including Saudi Arabia and the UAE.

The agreement also requires agencies receiving the aid to document Saudi- and UAE-supported activities in photographs and video material in Yemen.

The leaked documents also show the pressure the two countries have brought to bear on the UN to raise their profile as charitable donors.

One demand states: “One would expect from Ocha or [a] recipient agency to publish articles in recognised daily newspapers such as the New York Times or the Guardian, highlighting our contribution.”

Although the documents show that Ocha resisted some of the Saudi demands, the agency complied with a Saudi request that “a specialised person is recruited by Ocha to be the focal point to ensure the implementation plan by all recipient agencies and to consolidate reports”.

Ocha said in a statement: “Most of the donors in Yemen and elsewhere have visibility requirements that are agreed bilaterally with the individual donor. Because they are bilateral agreements, we do not discuss the details of the individual agreements in public … Throughout the conflict in Yemen, the UN has been vocal, consistent and public in its call on all parties to the conflict to uphold their obligations under international humanitarian law, including the obligation to protect civilians and civilian infrastructure. We will continue to do so.”