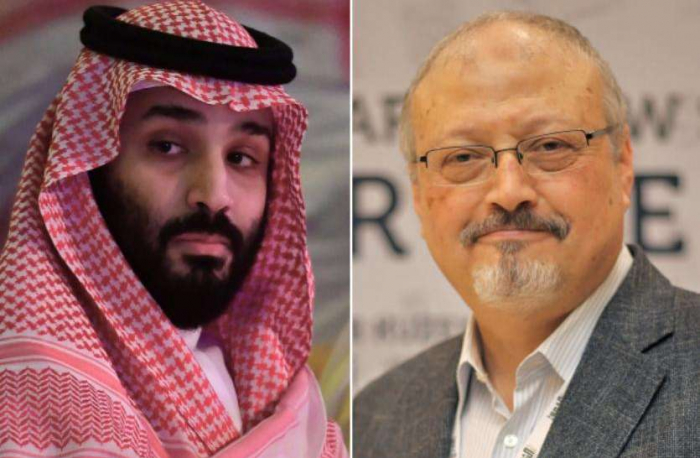 The murder of Jamal Khashoggi in Istanbul four weeks ago has severely damaged the reputation of Saudi Crown Prince Mohammed bin Salman, who has been a favorite of the Trump administration.

It seems unlikely that President Trump will do anything especially substantive to punish the Saudis for the murder, since Trump has repeatedly pointed to the purported $110 billion of arms sales he has secured from Saudi Arabia as a rationale for maintaining close ties with the kingdom. (Here, Trump is making the mistake of believing his own propaganda, because, thus far, only a small fraction of those sales is actually happening.)

Trump also needs the Saudis as allies for his anti-Iran policy, and because it is the largest exporter of oil in the world and therefore has the power to set oil prices.

Even if the Trump administration doesn't do much to punish Saudi Arabia, that doesn't mean there isn't already global fallout for Mohammed bin Salman, widely known as MBS.

Potential investors in Saudi Arabia were already unsettled last year when MBS imprisoned some two hundred businessmen and princes on charges of supposed corruption. They were held at the Ritz Carlton in the Saudi capital, Riyadh, and freed only after more than $35 billion were extracted from them, according to MBS himself in an interview with Bloomberg News. This surely must be the most expensive hotel bill in history.

The murder of Khashoggi, and the Saudi government's multiple, implausible accounts about his fate, served to underscore MBS's previous rash moves. His botched invasion of Yemen in 2015 has helped to precipitate the worst humanitarian crisis in the world, according to the UN. Last year MBS also launched the blockade of neighboring gas-rich Qatar, and presided over the bizarre de facto abduction and short-lived "resignation" of the Lebanese prime minister when he was visiting the kingdom.

Because of Khashoggi's murder, MBS's grandiose "Davos in the Desert" conference in Saudi Arabia a week ago was a damp squib, with many leading businessmen and all Western media organizations pulling out of the event.

That is likely to have some real effects on MBS's ambitious "Vision 2030" plan to diversify the economy of Saudi Arabia. While defense contractors and oil companies will likely conduct business as usual with the kingdom, the other investors that MBS was hoping to attract to transform the heavily oil-dependent Saudi economy are much less likely to do business with it.

British billionaire Richard Branson, for instance, has suspended his involvement in two tourism projects in Saudi Arabia, as well as discussions about a possible $1 billion Saudi investment in his space ventures.

The war in Yemen

After Turkish President Recep Tayyip Erdogan officially confirmed Khashoggi's murder last week, the Trump administration signaled that its long acquiescence in the conduct of the Saudi-led war in Yemen has finally evaporated. According to the UN, at least 16,000 civilians have died in the past three years in Yemen, mostly in airstrikes attributed to the Saudis.

In Congress, members who are concerned by the Saudi conduct of the war in Yemen are calling to end American intelligence support to the Saudis, and to end US aerial refueling for Saudi aircraft involved in the conflict. If the Democrats take the House in the midterm election on November 6, those calls are only likely to amplify.

The skepticism about the Saudis is now bipartisan; on Wednesday a group of Republican senators asked Trump to suspend negotiations over a US-Saudi civil nuclear agreement because of concerns about the conduct of the war in Yemen and the murder of Khashoggi.

The blockade of Qatar

The small state of Qatar sits on some of the largest natural gas reserves in the world. It is also home to the largest US military base in the Middle East, which coordinates the wars against ISIS and the Taliban and is also the launchpad for airstrikes against these groups.

According to a former US official with knowledge of the basing arrangement in Qatar, the Qataris pay 90% of the costs for the base, the kind of deal that Trump should have found to his liking -- an American base almost entirely paid for by another country.

So it was surprising that President Trump endorsed the Saudi-led blockade of Qatar when it began last June. This came shortly after Trump had made his first overseas trip as President to Saudi Arabia, where he was treated to a fawning welcome.

As the blockade got underway, Trump immediately aligned himself with Saudi talking points about Qatar, tweeting, "So good to see the Saudi Arabia visit with the King and 50 countries already paying off. They said they would take a hard line on funding......extremism, and all reference was pointing to Qatar. Perhaps this will be the beginning of the end to the horror of terrorism!"

Joshua Geltzer, the former senior director for counterterrorism at the National Security Council for both President Obama and President Trump, says that, in fact, "The Qataris were generally important counterterrorism partners. The biggest sticking point was the terrorism financing issue. My sense is that they've realized over time the concerns about that and are working to tighten up their approach to that critical aspect of dealing with the terrorism challenge." (Geltzer is a fellow at New America, where I also work.)

Belatedly, Trump realized that the blockade of Qatar made little sense from an American national security perspective and tried to put pressure on the Saudis to lift it, so far to no avail.

Today, Qatar looks like a far more natural ally for the United States than the Saudis. Qatar has the second highest per capita income in the world and, by Gulf standards, it has a relaxed approach to social mores. It is also home to the Al Jazeera television network, which is one of the few independent sources of news in the Arab world.

And it continues to house the most important US military base in the Middle East.

Qatar is also hosting an office for the Taliban. After 17 years of war with no end in sight in Afghanistan, the Trump administration has proven willing -- perhaps surprisingly -- to enter into direct negations with the Taliban, which are taking place in Qatar.

The Qataris seemed to have weathered the blockade well. At one point they feared it was a prelude to a military invasion by their much larger neighbor, Saudi Arabia. That hasn't happened.

Now it is the Saudis who have to worry about how the rest of the world sees them and deals with them, despite their key importance to global oil markets. It's just one of the unexpected consequences of their murder of a journalist in a Saudi consulate in Istanbul.

Peter Bergen is CNN's national security analyst, a vice president at New America and a professor of practice at Arizona State University. He is the author of "United States of Jihad: Investigating America's Homegrown Terrorists."