Trump wants iPhones made in the US. That could be bad news for Americans 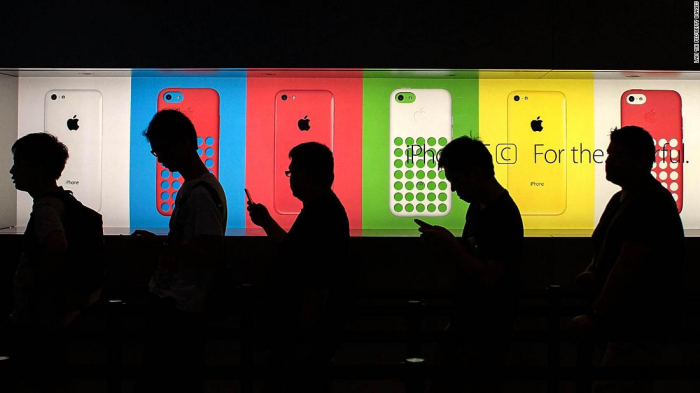 Trump said this week that he won't rule out an additional round of tariffs on Chinese exports that would hit Apple's signature product as well as laptops.

Such a move would hurt US consumers and American companies because the taxes would be levied on the goods when they enter the country. Apple would have to decide whether to raise its prices to compensate.

"The direct impact would be in the United States," said Bryan Ma, analyst with research firm IDC. "If push comes to shove, 25% on a $1,000 phone is not a joking matter, regardless if Apple absorbs some of that or if it's largely passed onto the consumer."

Discover the faces behind these exquisite time-pieces - all master of delicate details.

Trump said the tariff level could either be 10% or 25%, telling the Wall Street Journal earlier this week: "I can make it 10%, and people could stand that very easily."

He wants Apple (AAPL) to build and manufacture iPhones in the United States. But moving a complex, global supply chain from Asia is extremely difficult and highly unlikely.

Even if it could be done, costlier American labor and production facilities would seriously jack up the iPhone's cost, according to Tim Bajarin, president of Creative Solutions.

"If they did make the smartphones in the US, it would add somewhere between 20% to 35% more to the final consumer prices of the phones sold to the public," he said.

At the top end of Bajarin's range, that would be an extra $350 on the basic iPhone Xs. That means it would be more expensive to move iPhone production to the United States, than to absorb the tariffs Trump is threatening.

Apple (AAPL) buys parts from companies all over the world before shipping them to China, where most iPhones are assembled by Taiwanese manufacturer Foxconn.

Another round of tariffs would hurt not just Apple, but other US tech companies that also rely on sprawling supply chains and Chinese manufacturers to make their goods, according to the Information Technology Industry Council, a group that represents more than 60 big tech companies including Amazon (AMZN) and Facebook (FB).

"It would further threaten global supply chains, leading to higher prices for the electronic devices people rely on every day and even the loss of American jobs," said Jose Castaneda, a spokesman for the group.

Apple maintains that the bulk of the research and design for the iPhone and other devices is done in the United States. But the country lacks the skilled labor needed to manufacture those products, according to CEO Tim Cook.

"The products we do require really advanced tooling. And the precision that you have to have in tooling and working with the materials that we do are state-of-the-art," Cook said in an interview with Fortune last year.
"In the US you could have a meeting of tooling engineers and I'm not sure we could fill the room. In China you could fill multiple football fields," he said.

Apple has other options in Asia

Besides, Apple doesn't have to bring iPhone manufacturing home to get around Trump's tariffs.

Some Apple competitors have tweaked production, keeping the basic manufacturing of phones, computers or televisions in China, but doing final assembly in places like Taiwan, Vietnam or Malaysia, said Bajarin.

"That would get them around any tariffs of products shipped directly from China," he said.

Trump's efforts to bring these kinds of jobs back to the United States is futile, according to Bajarin.

"The US lost its place in manufacturing decades ago, especially when it comes to things like consumer electronics, and that will never come back."