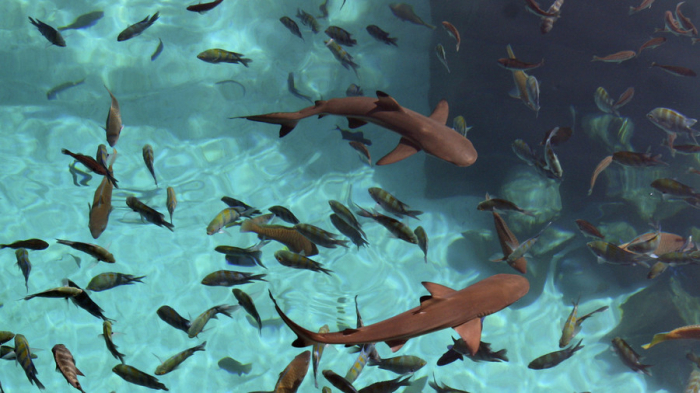 Instead of warning people away from sharks, Aussie lifeguards were called into action to save one for a change, after a baby shark became trapped in shallow waters at Australia’s iconic Bondi Beach.

The unusual rescue mission was captured by beachgoers who watched the unlikely interaction as it unfolded. The Port Jackson shark was almost ashore on the famous beach in Sydney earlier this week and was struggling to get back out to sea.

That’s when two lifeguards lifted the shark out of the shallow water and placed it on a surfboard before paddling the lucky shark out to sea. Enthusiastic bystanders revelled at the sight, one calling the lifeguards “fantastic” for saving the shark. “Only in Australia,” another commented.

After returning ashore, one delighted lifeguard was heard saying “that was one of the most unreal things I’ve ever done”. Videographer Steve Holland, who captured the footage, said the lifeguard had to paddle out 200-300 meters before he could drop the shark back into the ocean.

“There was a crowd of about 20 onlookers who were cheering him on, back on the beach. It was great,” said Holland, to the Daily Mail Australia.