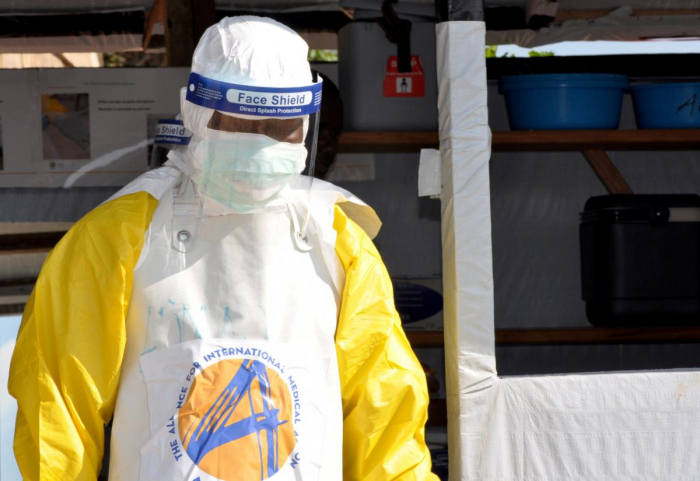 When medics tried to reach Ebola patients in a village in eastern Democratic Republic of Congo during a recent surge in violence, they were blocked by men wielding machetes and axes.

Worried about being kidnapped, they turned back, the latest in a series of setbacks in their attempts to contain the central African country’s worst outbreak of the deadly virus.

As fighting has worsened between rival militia seeking control of land and natural resources, vaccinations and vital treatments have increasingly been delayed and Ebola has spread.

The situation has become so dangerous in eastern Congo that humanitarian workers were temporarily evacuated last month from their base in the town of Beni in the North Kivu region close to Rwanda and Uganda.

With the vast country of more than 80 million people also suffering from political instability and facing a refugee crisis, World Health Organization experts see it as one of the most complex public health challenges in recent history.

“Sometimes in the field we hear bullets flying left to right and we tell ourselves maybe it is going to hit one of us,” said Mimi Kambere, emergency response coordinator for nonprofit group Oxfam, whose team was confronted by the men with machetes.

“Sometimes the insecurity pushes us not to respond to calls, and not to go into certain areas for days,” she told Reuters in Goma, the town on the northern shores of Lake Kivu to which she and other health workers were evacuated on Nov. 17.

Congo’s tenth outbreak since Ebola was discovered in 1976 has infected 422 people and killed 241 in the last four months. It will become the second largest outbreak of the disease if it surpasses the 425 cases recorded in Uganda in 2000, according to Congo health ministry records.

The disease is spread through contact with bodily fluids and causes hemorrhagic fever with severe vomiting, diarrhea and bleeding. In many flare-ups, more than half of cases are fatal. In the worst outbreak, which began in 2013, more than 11,000 people were killed in three years, mostly in Liberia, Guinea and Sierra Leone.

Tracking contacts of patients and immunizing them with a preventative vaccine swiftly contained an Ebola outbreak in a peaceful area of western Congo this year. This raised hopes that new ways of fighting Ebola could reduce its deadliness, even in urban areas.

But in what a World Health Organization official in Geneva called “a potential perfect storm”, densely populated North Kivu is now at the epicenter of both the fighting and Ebola.

A WHO emergency committee said in October that the outbreak was likely to worsen significantly unless the response was stepped up. In November, the number of new cases rose, and the virus spread into previously untouched areas.

An internal note by the United Nations Office for the Coordination of Humanitarian Affairs (UNHCR), which was seen by Reuters, recorded 28 violent incidents affecting Ebola response teams between August and November.