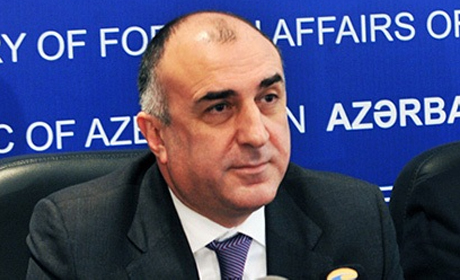 Azerbaijani Foreign Minister Elmar Mammadyarov on Friday will hold a meeting with the OSCE Minsk Group within the negotiation process on Nagorno-Karabakh conflict.

This was announced by Foreign Ministry spokesman Elman Abdullayev.

According to Elman Abdullayev, later on Friday a meeting will be held, which will be attended by the co-chairs of the Minsk Group, Minister Elmar Mammadyarov and Armenian Foreign Minister Edward Nalbandian.

The meeting will discuss the current situation in the settlement of the Armenian-Azerbaijani Nagorno-Karabakh conflict.