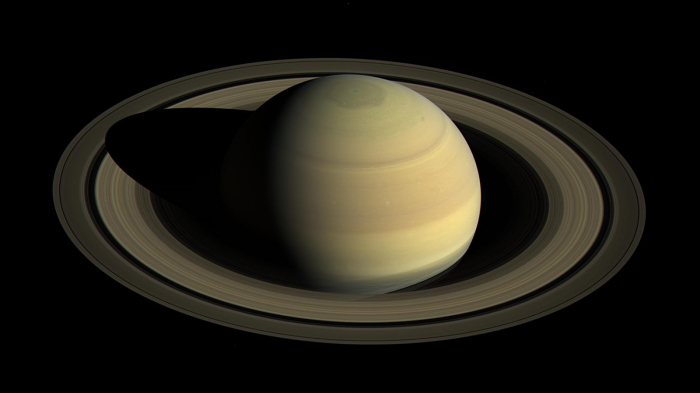 The gas giant could lose its rings in less than 100 million years, which is relatively short considering the planet is more than 4 billion years old.

This conclusion was based on estimations from Voyager 1 & 2 observations — robotic probes that the space agency launched to study the outer Solar System — made decades ago.

The rings are being pulled into Saturn by gravity as "a dusty rain of ice particles under the planet's magnetic field".

“We estimate that this ‘ring rain’ drains an amount of water products that could fill an Olympic-sized swimming pool from Saturn’s rings in half an hour,” said James O’Donoghue from NASA’s Goddard Space Flight Center in Greenbelt, Maryland, USA.

“From this alone, the entire ring system will be gone in 300 million years, but add to this the Cassini-spacecraft measured ring-material detected falling into Saturn’s equator, and the rings have less than 100 million years to live," he added.

Several theories exist speculating where the planet got its belts, which are mostly composed of lumps of water ice that vary in size from microscopic grains to boulders of several metres across, according to NASA.

This new research favours the idea that the planet got them later in life — the rings could have formed when small, icy moons in orbit around Saturn collided, possibly because their orbits were interrupted by a gravitational tug from a passing asteroid or comet.

“We are lucky to be around to see Saturn’s ring system, which appears to be in the middle of its lifetime. However, if rings are temporary, perhaps we just missed out on seeing giant ring systems of Jupiter, Uranus and Neptune, which have only thin ringlets today!” O’Donoghue concluded.

"However, if rings are temporary, perhaps we just missed out on seeing giant ring systems of Jupiter, Uranus and Neptune, which have only thin ringlets today!"