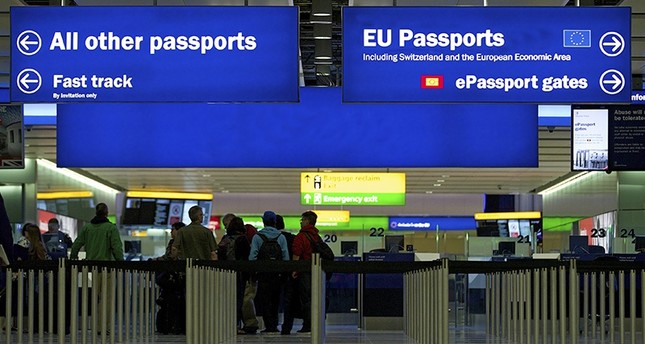 European countries have received 25 billion euros in the last decade thanks to applications for the golden visa, which grants residency permits and even citizenship to non-EU citizens in return of money and investment, a report by an anti-corruption nongovernmental organization said, Daily Sabah reports.

In the past 10 years, European states granted citizenship to about 6,000 people while providing residency permits to about 100,000 others in return for investments, such as real estate sales or investment in local companies.

The countries that have made the most profit from the applications are Spain, Greek Cyprus, Portugal, the United Kingdom, Hungry, Greece, Malta and Latvia, according to Berlin-based Transparency International.

Greek Cyprus has gained 4.8 billion euros marketing a "Republic of Cyprus" passport since 2013, the report said.

According to the report, Russian and Chinese nationals filed the most applications for the golden visa.

In the last five years, Spain gave citizenship or residency permits to about 7,200 Chinese nationals, while Hungary awarded 5,431 Chinese applicants and Portugal awarded some 3,936 others. About 4,700 Russian nationals were granted visas by Spain and 12,000 others received visas from Latvia.

Some 617 Turkish nationals were granted the golden visa by Greece, Portugal and Hungary.

The cost of citizenship from an EU state varies depending on the country, but the average price is 900,000 euros.

Malta, which became an EU member in 2004, has come under criticism from the European Parliament for granting citizenship or residence permits to a large number of third-country nationals. Malta gained 205 million euros in the last 10 years from the applications.

The golden visa system in EU states has been criticized for providing an easy route for oligarchs and the super-rich, and even leading to a money laundering and other exploitations.

The U.K., one of the most important markets for the golden visa, is implementing a new system for granting the visas this year over concerns about the risks of money laundering and exploitation.