Baku: Instead of Mehman Huseynov, France should comment on violence against protestors 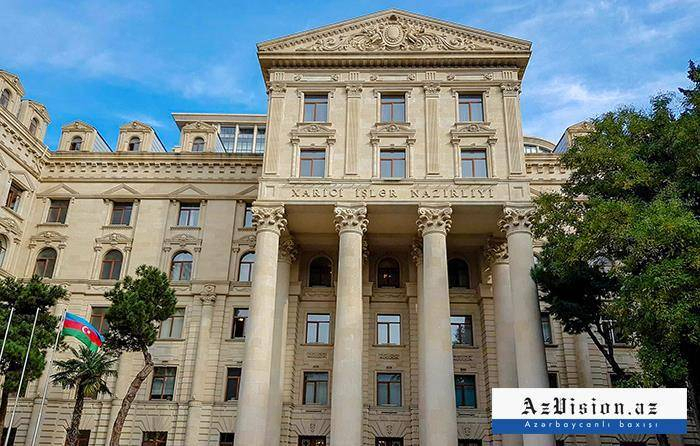 Instead of commenting on Mehman Huseynov’s issue, Paris would better comment on the violence against protestors in France itself, Azerbaijani Foreign Ministry’s spokeswoman Leyla Abdullayeva told on Jan. 10.

She made the remarks while commenting on the statement by the French Foreign Ministry on Mehman Huseynov’s issue, and a letter sent on this issue by OSCE Representative on Freedom of the Media Harlem Desir to Azerbaijan’s Foreign Minister Elmar Mammadyarov.

Abdullayeva noted that commenting on Mehman Huseynov’s issue at a time when France itself was engulfed by the “yellow vest” protests is ridiculous.

“Water cannons, batons and other means of violence are used against the protesters in this country, and more than 4,500 protestors have been detained,” she said. “Azerbaijan hopes that the charges against the demonstrators detained in France will be dropped and they will soon be released.”

She noted that France has long held a pro-Armenian position, and this can be perceived as exerting pressure on Azerbaijan.

“Harlem Desir, who served as French Foreign Ministry’s Secretary of State and oversaw the Armenia-Azerbaijan Nagorno-Karabakh conflict, was known in Azerbaijan as a person with a pro-Armenian position,” said Abdullayeva. “Apparently, Desir, having forgotten the principle of impartiality, preferred to speak representing his country’s stance. We can therefore recommend him to assess the violence faced by protesters in his country. Everyone sees what is happening in the world. All this is manifestation of double standards against Azerbaijan.”