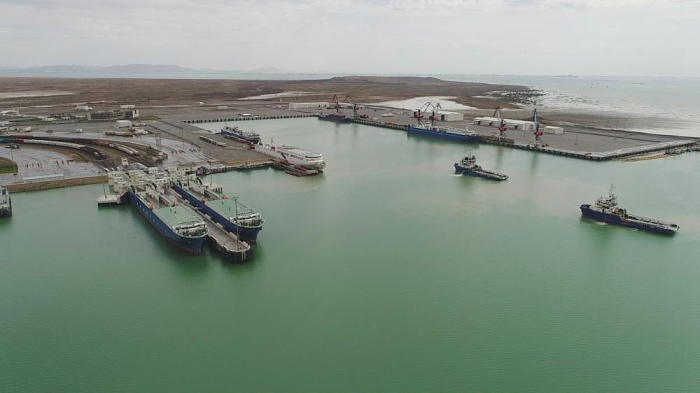 In the first quarter of 2019, the volume of cargo transportation via the Baku International Sea Trade Port exceeded 1.03 million tons, Azvision.az reports with reference to the port.

There is a growth trend in the volume of transportation of all types of goods, according to the report.

“More than 861,000 tons or 83.1 percent of all cargo transportation volume accounted for transit cargo,” the report said. “In particular, there was a significant increase in container transportation. In January-March 2019, 7,253 containers (in TEU equivalent) were transported through the Baku port, which is 55.2 percent more than in the same period last year (4,673 containers).”

Passenger transportation in both directions amounted to 8,813 people, which is a 17.5 percent increase compared to the same period last year.

The cargo handling potential of the Baku port within the first phase is 15 million tons, including 100,000 containers per year. Seven berths, out of 12 existing ones, serve dry cargo vessels, two berths serve ferries, while two more berths serve vessels of the Ro-Ro and Ro-Pax type. One more berth is used to serve the towing and auxiliary vessels of the port.