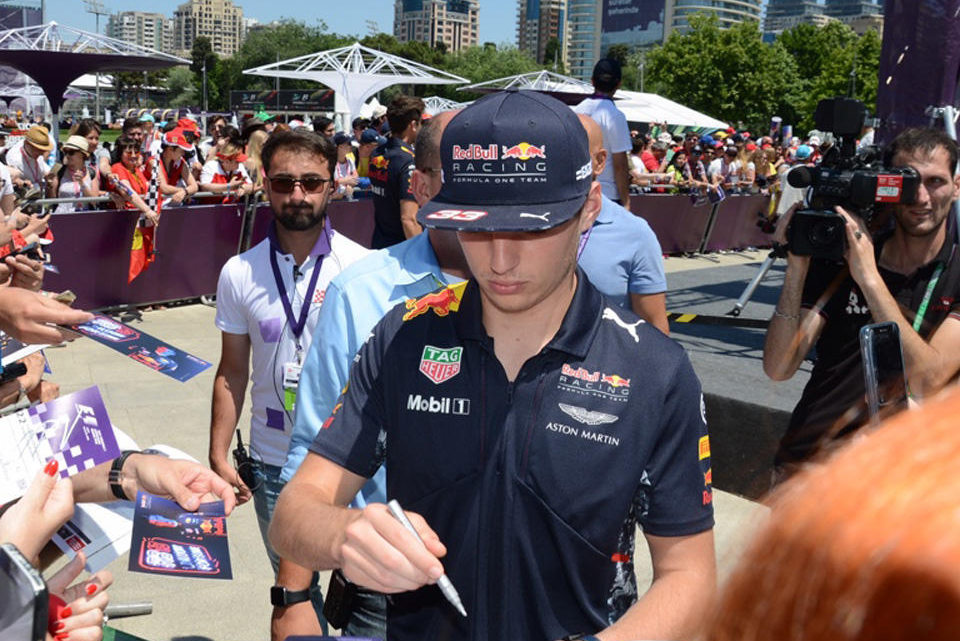 The autograph session took place in the F1 Fan Zone at the Baku Seaside Boulevard.

During the session, pilots of teams Red Bull Racing, Scuderia Ferrari and Renault met the race fans and gave their autographs.

The length of the Baku track where teams compete for the championship, each represented by two drivers, is just over six kilometers. The length of the widest part of the track is 13 meters, and the narrowest width is 7.6 meters between the turns 7 and 8, which are situated along the Icheri Sheher (Inner City).

Formula One’s highest speed record of 378 km per hour was reached by Williams’s Valtteri Bottas at the 2016 F1 Grand Prix of Europe in Baku.