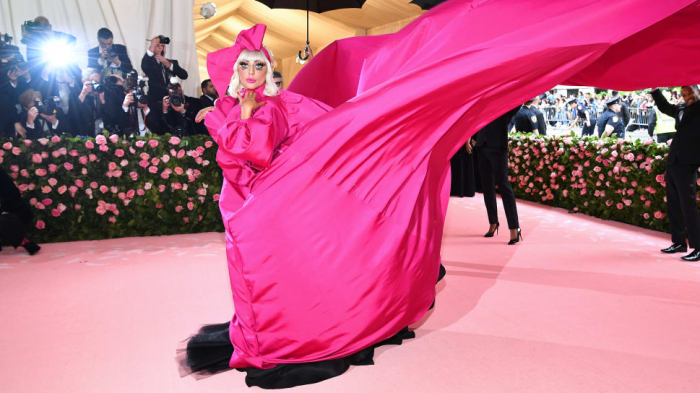 The Met Gala's red carpet is known for delivering some of the most daring fashion statements of the year. The charity benefit, which costs upwards of $30,000 a head to attend, has a rich history of attracting risqué outfits. Lady Gaga wore not one -- but four outfits to the event while actor Billy Porter, decked all in gold, was carried in on a chaise by six shirtless men.

The event's reputation, coupled with 2019's theme "Camp: Notes on Fashion," has again resulted in an eye-catching assortment of bold looks. And, as the stars of stage, screen, music, fashion and sport arrived at the Metropolitan Museum of Art in New York Monday night, it also became clear that definitions of "camp" remain open to interpretation.

Harry Styles donned a flamenco-inspired, gender-fluid look designed by Gucci at tonight's event. The singer wore a black jumpsuit by the label, in one of the most-searched outfits of the night. 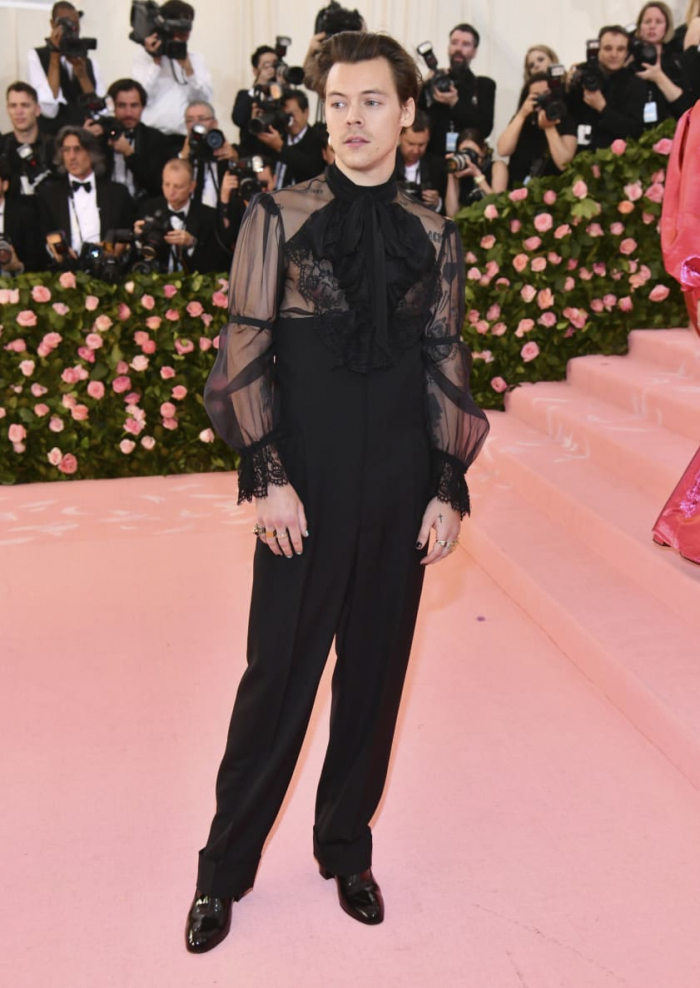 Lady Gaga, who has a long history of exaggerated and theatrical looks, also sparked a social media frenzy over the four outfits she wore to the Met Gala. Arriving in a voluminous bright pink dress by Brandon Maxwell, she then stripped down to a black gown, pink slip dress and finally into a crystal bra and panties.

Rapper Cardi B showed up to the Met Gala in a dramatic burgundy gown that extended into a full quilted circular train. The dress, trimmed with feathers, was designed by Thom Browne and took more than 2,000 hours to make. 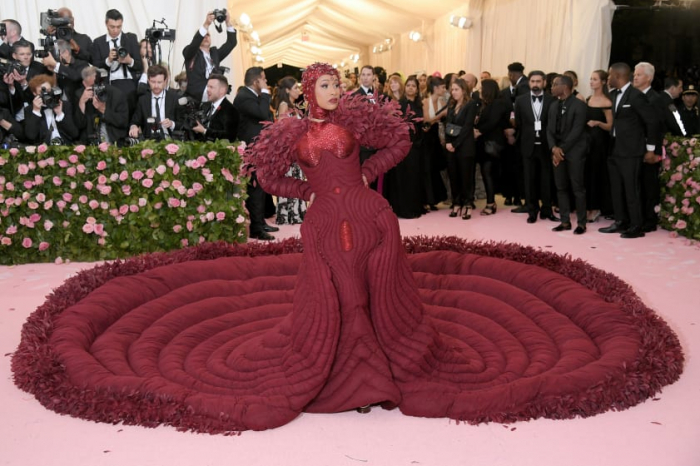 Celine Dion's 22-pound gold Oscar de la Renta dress became the topic of heated discussion online. While her dress, which took 52 master embroiderers to make, was a sheer work of art, the singer said she almost got the theme wrong.

"I thought everyone was going to be sleeping together," she told The Cut. "We're going to be camping? That's not my cup of tea." 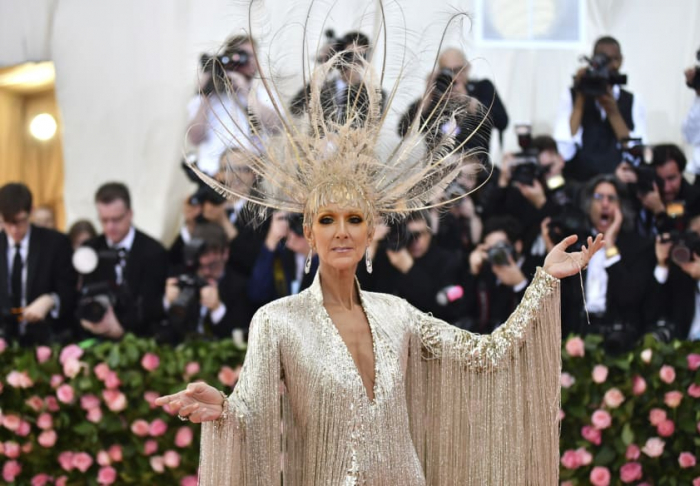 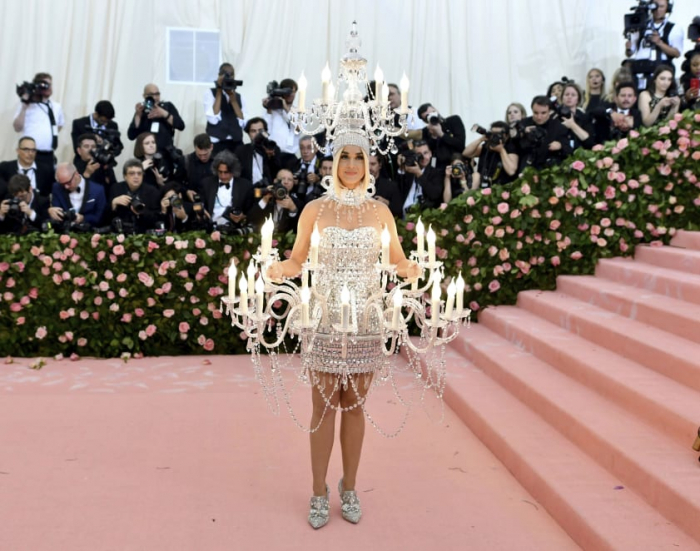