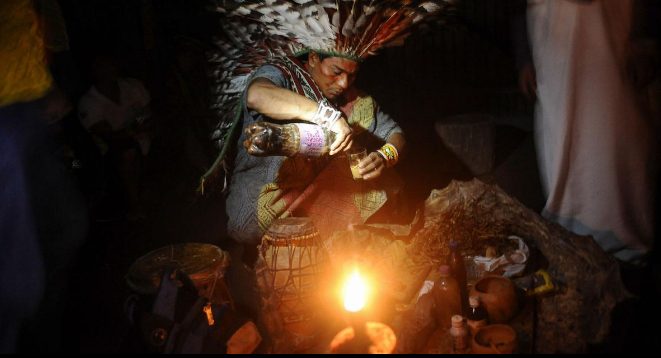 The ritual container, made of three fox snouts, contains the earliest known evidence of ayahuasca preparation.

A SMALL POUCH, made from three fox snouts neatly sewn together, may contain the world’s earliest archaeological evidence for the consumption of ayahuasca, a psychoactive plant preparation indigenous to peoples of the Amazon basin that produces potent hallucinations.

The pouch likely belonged to a shaman in what is now southwestern Bolivia around a thousand years ago, according to José Capriles, an anthropologist at Penn State University and an author of a paper published on the discovery today in the journal PNAS.

Capriles found the pouch—and evidence of its trip-inducing contents—during a 2010 archaeological dig in Cueva del Chileno, a rock shelter that shows signs of human activity going back 4,000 years.

The cave was once used as a tomb, and though later looters took the bodies, they left behind what they considered to be garbage—beads, braids of human hair, and what Capriles first thought was a leather shoe.

That “shoe” turned out to be an archaeological treasure—actually a leather ritual bag or a bundle containing the fox-snout pouch, a decorated headband, tiny spatulas made from llama bone, and a carved tube and small wooden platforms for inhaling substances. Radiocarbon dating of the leather bag surface indicated it was used sometime between around 900 to 1170 A.D.

While the bundle contained some dried plant remains, Capriles and his international research team weren’t able to determine their identity with certainty. Still, wondering what other plants the shaman once stored in his bag, the researchers tested the chemical signature from the inside of the fox-snout pouch against those of a variety of plants. 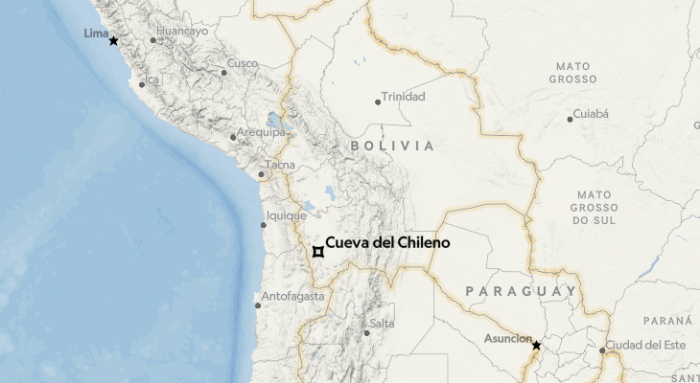 It turns out the pouch once contained a number of psychoactive substances. The analysis revealed traces of bufotenine, benzoylecgonine (BZE) and cocaine (likely from coca leaf), dimethyltryptamine (DMT), harmine, and possibly psilocin, a chemical component of psychedelic mushrooms.

Explore History through in-depth features and vibrant visuals that illuminate the past and all that was in it.

The pouch’s owner was either well-traveled or connected to a vast trade network, as not all of the plants once present in the pouch are native to southwestern Bolivia. Harmine is abundant in the yage plant, which comes from tropical parts of northern South America, hundreds of miles away. And the team thinks the DMT may have been from chacruna, a plant from the Amazonian lowlands. “This person was moving very large distances or had access to people who were,” says Capriles.

Read the original article on  nationalgeographic.com .