Azerbaijani-Afghan trade turnover up by 46 percent 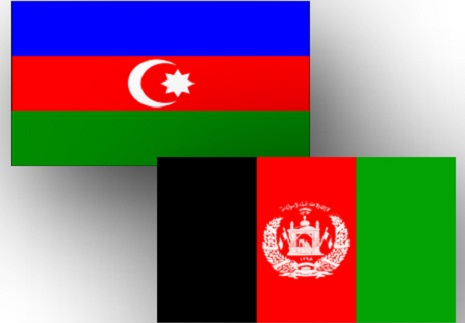 The trade turnover between Azerbaijan and Afghanistan increased by 46 percent during the first quarter of 2019, Minister of Economy Shahin Mustafayev said at a meeting with the Ambassador of Afghanistan to Azerbaijan Khairullah Spelenai, AzVision.az reports referring to the Ministry of Economy of Azerbaijan.

Minister Mustafayev noted that the trade turnover increased by 37 percent throughout 2018. According to the minister, the increase in trade turnover is an indicator of the high level of relations between the two countries.

The minister noted that over 15 documents have been signed between Azerbaijan and Afghanistan in the trade and economic sphere. In his words, 11 Afghan companies operating in the services, industry and transportation sectors are registered in Azerbaijan. Mustafayev also praised the support shown by Afghanistan to Azerbaijan on international platforms.

The minister said that it would be beneficial for Afghanistan to use the transit potential of Azerbaijan due to the economic position and geographical location of the country situated at the intersection of international transport corridors. He spoke about the agreement on Lapis lazuli route, which was signed during the Regional Economic Cooperation Conference on Afghanistan (RECCA) held in Ashgabat, Turkmenistan. The minister stressed the utmost importance of this project for expanding trade and transit cooperation.

In his turn, the Afghan Ambassador Khairullah Spelenai noted the interest of Afghanistan in holding meetings of business people of both countries as part of economic cooperation. The Ambassador thanked Azerbaijan for the assistance provided to Afghanistan.

At the meeting, ways of expanding cooperation in various sectors of the economy including issues related to the activities of the joint working group were also discussed.