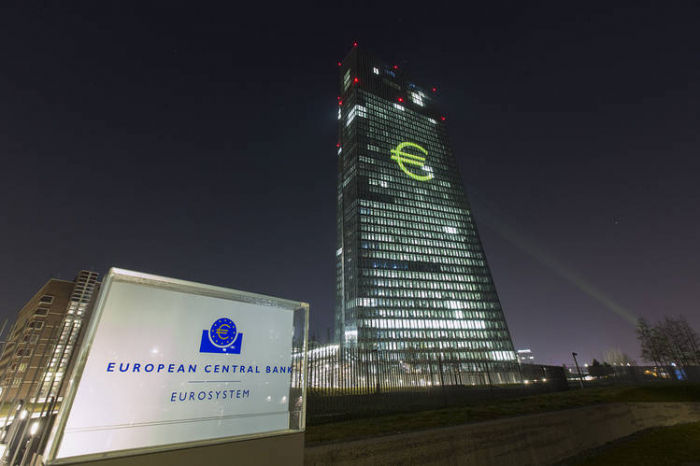 Choosing the next president of the European Central Bank should not be like picking the winner of the Eurovision Song Contest. Instead, Europe should ask which criteria candidates must satisfy to be an effective ECB president, and then search for the person who best meets them.

One can’t help feeling that the race to succeed Mario Draghi as president of the European Central Bank has taken on the flavor of the upcoming final round of the Eurovision Song Contest. Governments want a candidate from their country to win because it makes them look good, not because the candidate would necessarily improve ECB policymaking. Bloc voting, which could pit the European Union’s northern and southern members against each other, is almost certain to be a feature of the appointment process. And, absurdly, some commentators argue that it is their country’s turn to win.

This is clearly the wrong approach. Instead, EU member states should ask which criteria candidates must satisfy to be an effective ECB president, and then search for the person who best meets them. Three requirements stand out.

First, the president must be a team player. Journalists and commentators who have disagreed with the bank’s unconventional stance under Draghi often forget that the ECB president does not set policy, but rather chairs the Governing Council meetings at which policy decisions are taken.

Although these critics would no doubt like the new president to take a wrecking ball to the past decade of ECB decisions, there is nothing to suggest that the other Governing Council members will let that happen. On the contrary, they have good reason to view their previous decisions as having been surprisingly effective, considering the awful problems the ECB has had to confront. Future monetary historians will most likely agree.

Moreover, appointing a president who has disagreed sharply with the ECB’s previous decisions could make it much harder to forge the broad agreements in the Governing Council that are the hallmark of good policymaking. Risking a dysfunctional ECB does not seem like a wise decision at the moment.

Second, the ECB president needs a solid economics background. True, US Federal Reserve Chair Jerome Powell does not hold a doctorate in the dismal science, and privately the Fed’s staff routinely praise his thorough understanding of economics. But Powell is a rare exception to the rule that a formal grounding in the subject is essential for central-bank presidents.

Some may argue that, much like flying a passenger aircraft, setting monetary policy is not difficult. That may be true in ordinary times, when relying on simple quantitative guidelines such as the Taylor rule will result in broadly appropriate policy decisions. Likewise, a co-pilot with relatively little experience will be fine flying a plane most of the time.

But things are different in a crisis, when prevailing economic concepts, such as the inverse relationship between inflation and unemployment posited by the Phillips curve, often break down and textbook solutions no longer apply. And, because uncertainty typically skyrockets, central banks need to act quickly and decisively to prevent problems from becoming entrenched by expectations.

Of course, central bankers always seek help from their advisers. In a crisis, however, policy advice is frequently contradictory. Furthermore, lawyers will often advise that any innovative policy idea may trigger legal challenges and is therefore best avoided. It is hardly surprising, therefore, that central banks are often criticized for doing too little too late .

Much as passengers want an experienced captain in charge when their aircraft develops a problem, an economic or financial crisis calls for a central banker with a clear view of what needs to be done and the confidence to take decisive action. That, in turn, requires him or her to have a first-hand understanding of the problems that could arise. One reason the Fed responded so promptly and effectively after the collapse of Lehman Brothers in September 2008 was that its chair, Ben Bernanke, had spent much of his career as an economics professor studying monetary policy mistakes made during the Great Depression.

Third, the new ECB president must reflect the diversity of the eurozone. The best person should be appointed, and no EU member state has a monopoly on good candidates. For reasons of legitimacy, the presidency should ideally alternate between large and small countries, and between northern and southern Europe. In that regard, one would expect the choice of the next ECB president to be influenced by the selection of a southern European from a large country as the bank’s vice president last year.

Finally, one would hope to see several women among the main contenders for the position. But unless IMF Managing Director Christine Lagarde throws her hat in the ring, there may be no leading female candidates. That would be deeply regrettable, and out of tune with the tenor of the times.

Stefan Gerlach is Chief Economist at EFG Bank in Zurich and Former Deputy Governor of the Central Bank of Ireland. He has also served as Executive Director and Chief Economist of the Hong Kong Monetary Authority and as Secretary to the Committee on the Global Financial System at the BIS.