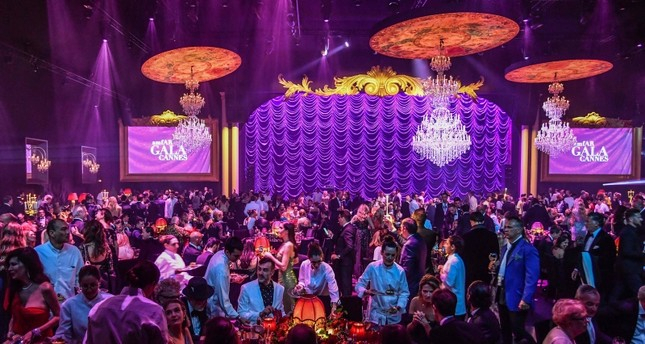 A signed portrait of Mick Jagger by Andy Warhol, a motorcycle designed by Lewis Hamilton and a vacation at a private island off Tanzania were some of the items that raised $15 million at the 26th amfAR gala and auction.

The event, which raises money for AIDS research, is a fixture during the Cannes Film Festival with its black tie dinner, star-filled live auction and a designer fashion show.

The 26th edition of the annual Cinema Against AIDS kicked off at sunset in a marquee where an operatic number was followed by a set by British glam rock band The Struts, with later performances by Jones and Mariah Carey.

As the evening got underway, the auction opened with bids on a motorbike designed by Lewis Hamilton, and a picture of Mick Jagger painted by Andy Warhol, and signed by both of them.

Over the years, the gala has raised tens of millions for AIDS research programs and the search for a cure.