The US Economy’s Dirty Secret- OPINION 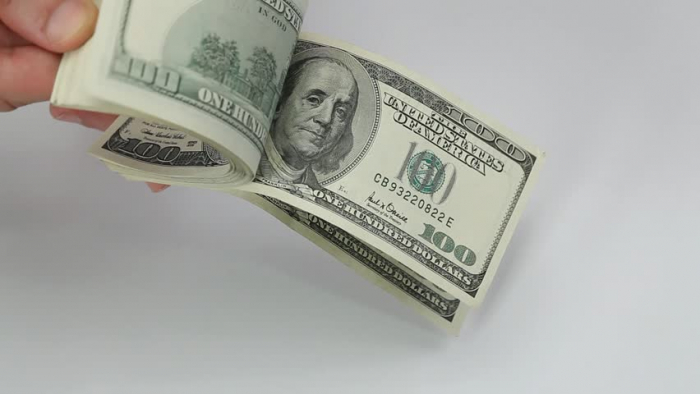 Relatively strong US growth amid sluggishness elsewhere is not what economics textbooks would predict. But persistently low interest rates and weak inflation bring multiple benefits to American firms and consumers, while the adverse impact of the global slowdown on US exports should not be overstated.

There is a dirty little secret in economics today: the United States has benefited – and continues to benefit – from the global slump. The US economy is humming along, even while protesters in the United Kingdom hurl milkshakes at Brexiteers, French President Emmanuel Macron confronts nihilist yellow-vested marchers, and Chinese tech firms such as Huawei fear being frozen out of foreign markets.

Last year, the US economy grew by 2.9%, while the eurozone expanded by just 1.8%, giving President Donald Trump even more confidence in his confrontational style. But relatively strong US growth amid sluggishness elsewhere is not what economics textbooks would predict. Whatever happened to the tightly integrated world economy that the International Monetary Fund and the World Bank have been advocating – and more recently extolling – since World War II?

The US economy is in a temporary but potent phase in which weakness abroad lifts spirits at home. But this economic euphoria has nothing to do with Trump-era spite and malice, and much to do with interest rates.

Borrowing costs are currently lower than at any time since the founding of the US Federal Reserve in 1913, or in the UK’s case since the Bank of England was established in 1694. The ten-year US Treasury bond is yielding about 2.123%, and in April, the streaming service Netflix issued junk bonds at a rate of just 5.4%.

If a Rip Van Winkle economist were to wake up today after a decades-long sleep and see only those numbers, he or she would assume that one-fifth of Americans were unemployed and standing in lines outside soup kitchens. Instead, the US jobless rate is at its lowest level since Neil Armstrong took his famous first step onto the Moon’s surface 50 years ago.

The idea that the US wins in a global slump might sound like the sardonic musing of some unreconstructed Marxist in the dingy corner of a faculty lounge. But such a view is not ideological. Rather, global interest rates are scraping the floor because GDP growth outside the US is so sluggish.

Persistently low interest rates and weak inflation bring multiple benefits to the US economy. For starters, American consumers, whose real (inflation-adjusted) wages are finally increasing after decades of stagnation, are seeing all sorts of bargains. When I visited an Apple store a few days ago, an employee at the repair counter told me that I could finance a new iPhone at 0% interest. Car dealers are offering zero-interest financing, too.

Moreover, the US stock market has soared because yields on bank certificates of deposit (CDs) look so puny. When I was a kid in the 1970s, my mother placed our family savings in a bank and received not only a 6% return, but also a blender. Today, a six-month bank CD might pay only one-third of a percentage point. And my mother can no longer expect a blender or even a lollipop from the bank in return for parking her money there.

Finally, low interest rates mean that US businesses can obtain nearly free financing when they purchase equipment. As a result of low borrowing costs and new tax write-offs, the US economy added 215,000 new machine manufacturing jobs in 2018. And foreign investors realize that new equipment will make US companies more competitive.

But surely, the textbooks insist, a hobbled global economy will squeeze US exports. That is true – especially when combined with China’s new tariffs on American goods and a strong dollar, which makes US exports more expensive internationally.

Still, exports make up only 12% of the US economy, and nearly one-third of them go to Canada and Mexico, whose economies have been doing okay. Moreover, many of the most valuable US exports are “must-have” items (or oligopolistic goods made by only a few companies), such as Boeing jets, Qualcomm chips, or Apple iPhones. It is hard even for dejected Frenchmen or angst-ridden Germans to do without these.

The buoyancy of the US economy worries policymakers in other countries. They would prefer if the US stumbled along beside them and was forced to concoct cooperative ways of boosting global growth. Instead, Trump needles rather than wheedles for trade deals, and happily pockets the benefits to the US economy that result from doldrums abroad.

No one knows when Trump’s trade needling will stop, of course. But as long as inflation remains a distant specter, America’s economy will continue to enjoy this unusual type of growth.


Todd G. Buchholz has served as director of economic policy under President George H.W. Bush and as managing director of the Tiger hedge fund. He was awarded Harvard University’s Allyn Young Teaching Prize in economics and is the author of New Ideas from Dead Economists and The Price of Prosperity.