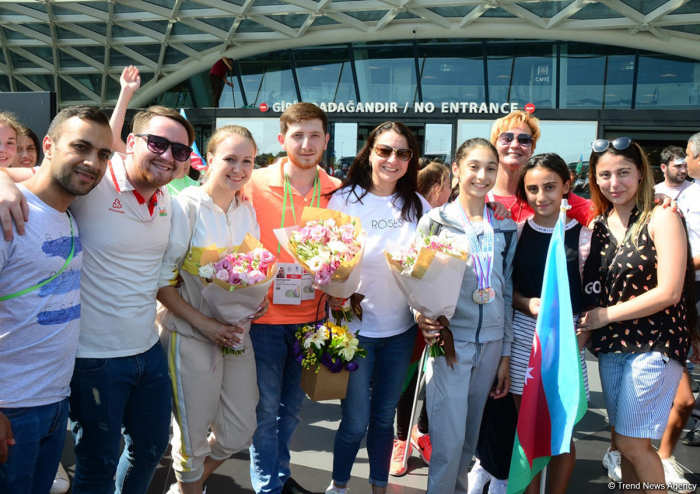 The world championships were held July 19-21.

The member of the Azerbaijani Rhythmic Gymnastics National Team representing Azerbaijan in the individual program - Arzu Jalilova - won two medals at the championships. First, she became the bronze medalist for her performance with a rope. Her second final routine was with a ball (silver medal with a score of 19.200).

Upon arrival in Baku, in a conversation with representatives of the domestic media, Jalilova noted that the 1st FIG Rhythmic Gymnastics Junior World Championships in Moscow had become a very important competition.

“I am very happy to win two medals for Azerbaijan at such a significant competition,” she said. “Many important competitions are waiting for us in the future, and having set a goal, we will go for it.”

The final performances of the Azerbaijani team in group exercises were evaluated with 19.950 points and they completed the championships at the 7th place.