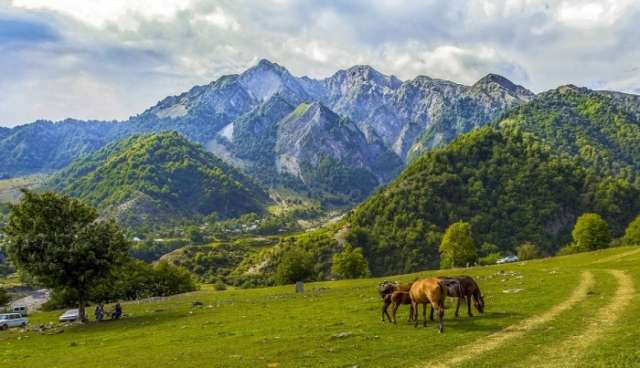 One of the most beautiful and ancient cities of Azerbaijan, Gabala will host the 11th International Music Festival from July 31 to August 5.

Organized by the Heydar Aliyev Foundation in partnership with the Ministry of Culture and Gilan Holding, this year`s edition of the festival brings together world-renowned musicians and music bans from Russia, USA, Hungary, Turkey, Italy, Georgia, China and Ukraine.

A member of the organizing committee of the festival, deputy head of the Gabala District Executive Authority Etaya Osmanova said that the Gabala International Music Festival is a unique tool for promoting the musical traditions of Azerbaijan worldwide. “As in previous years, preparations for the festival have been put in place excellently this year too. Event venues, including Heydar Aliyev Congress Center and Concert Hall of Gabala District Culture Center are completely ready to host the visitors of the festival,” she added.

In accordance with the Festival’s program, on July 31, the first concert of the festival will be hosted by the Student Symphonic Orchestra of the Baku Music Academy named after U. Hajibeyli. At the open-air stage world-renowned musicians will be joined by young talents.

The solemn opening ceremony of the 11th Gabala International Music Festival will be held on August 1. The Azerbaijan State Symphony Orchestra will perform at the ceremony.

During the festival music lovers will also enjoy the performances of the Azerbaijan State Chamber Orchestra named after G. Garayev, the Kyiv Virtuosi Symphonic Orchestra, as well as Naz-Nazi mugham band.