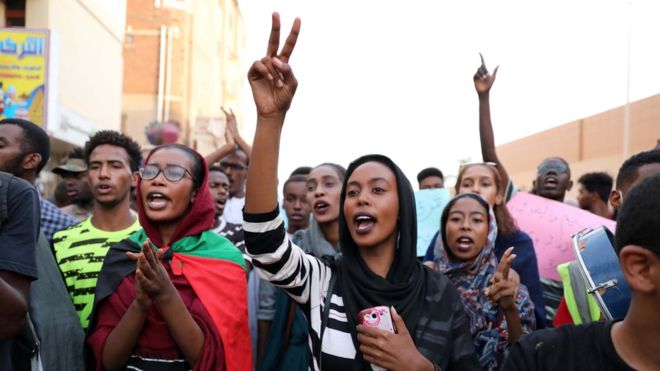 Lessons in all Sudanese schools have been suspended indefinitely amid mass demonstrations over the shooting dead of schoolchildren at a rally, AzVision.az reported citing BBC News.

Protesting students gathered in cities including the capital Khartoum following the killings on Monday.

Dozens more were injured after snipers and other gunmen opened fire on a protest in El-Obeid over fuel and bread shortages.

Hundreds of children, many dressed in their school uniforms and waving Sudanese flags, took to the streets of Khartoum on Tuesday to protest about the killings in El-Obeid.

Demonstrations by schoolchildren were also held in other parts of the capital and in other cities.

Late on Tuesday, the authorities responded by ordering the closures of schools covering all age groups

"Orders have been given to governors of all states to shut kindergartens, primary and high schools from tomorrow (Wednesday) until further notice," the official Suna news agency reported.